Items related to The Signature of All Things

Elizabeth Gilbert The Signature of All Things

The Signature of All Things 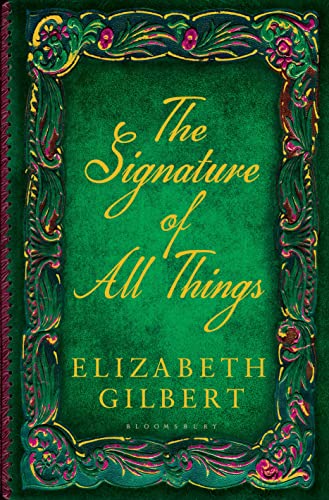 Elizabeth Gilbert is an award-winning writer of both fiction and nonfiction. Her short story collection, "Pilgrims," was a finalist for the PEN/Hemingway Award, and her novel, "Stern Men," was a "New York Times" Notable Book. Her 2002 book, "The Last American Man," was a finalist for both the National Book Award and the National Book Critics Circle Award. She is best known for her 2006 memoir, "Eat, Pray, Love," which has been published in more than thirty languages; a film based on the memoir, starring Julia Roberts, opened in August 2010. Her most recent book, the memoir "Committed: A Love Story," appeared in 2010. In 2008, "Time" magazine named Gilbert one of the most influential people in the world. Her Web site is www.elizabethgilbert.com.

1. The Signature Of All Things

Shipping: US$ 31.96
From United Kingdom to U.S.A.
Destination, rates & speeds