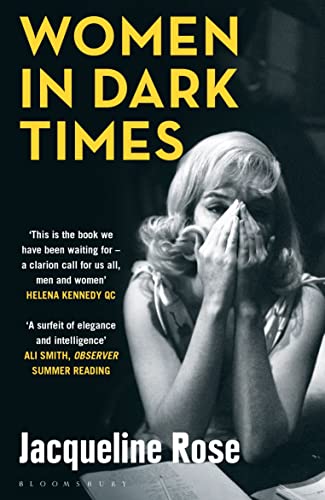 Jacqueline Rose is internationally acclaimed as a public intellectual for her writing on feminism, literature and psychoanalysis.She is Professor of English at Queen Mary, University of London. In the Autumn term of 2014 she takes up the Diane Middlebrook/Carl Djerassi Chair in Gender Studies at Cambridge. From January 2015, she will be Professor of the Humanities at the Institute of the Humanities, Birkbeck, University of London. Her many books include The Haunting of Sylvia Plath and On Not Being Able to Sleep, and a novel, Albertine. She is a regular contributor to the London Review of Books. She lives in London.

This is the book we have been waiting for - a clarion call for us all, men and women, to be bolder and brasher in our advocacy for change but also more willing to embrace our own contradictions * Helena Kennedy, QC * A surfeit of elegance and intelligence * Ali Smith, Observer Summer Reading * A rigorously argued and at times breathtaking book ... Many paragraphs contain a controlled explosion; her analysis of men's fear of and fascination with female sexuality, born from the boy's early proximity to the mother's body, is one of them ... The book closes with a clarion cry: "Women have been reasonable for far too long" ... Her reasoning, ironically, is as tight and sinuous as a constrictor knot. It is a time to be afraid of the dark * Frances Wilson, Daily Telegraph * Rose confronts dark times with dark and moving stories from the last century inspiring a new feminism for this one. By so doing she keeps alive the dreams of so many women from Rosa Luxemburg and Marilyn Monroe to young girls killed in the name of some perverted sense of "honour". Most likely a classic * Shami Chakrabarti, Director of Liberty * Despite the resurgence of feminist activism on the internet, we have not heard much lately from the more scholarly side of feminism, which makes Jacqueline Rose's Women in Dark Times very welcome ... Both thought-provoking and innovative * Prospect * Formidable ... It is impossible not to listen carefully to what Professor Rose has to say in her thought-provoking, rigorously argued writing on feminism, literature and psychoanalysis. In Europe she is hailed as a public intellectual - she is also acknowledged internationally ... Rose is indubitably an intellectual of clout ... It is a breathtaking book and a challenging read - ambitious, scholarly and innovative, shedding dazzling light on Freud's "dark continent" of women * Herald * Women in Dark Times follows a long-established trajectory within her work, questioning assumptions and reframing debates from an explicitly feminist perspective ... Rose's text is intersectional in the best sense of the word, combining many approaches - including, but not limited to, concerns over gender, race, Jewish identity and politics. Linking all of these together is psychoanalysis, whose revelations allow for the demystifying and revisionist readings at the core of the book ... Demonstrates the value of scholarly reappraisals of cultural figureheads * Jewish Quarterly *

5. Women in Dark Times: From Rosa Luxemburg to Marilyn Monroe .