Items related to Harry Potter and the Philosopher's Stone Ancient... 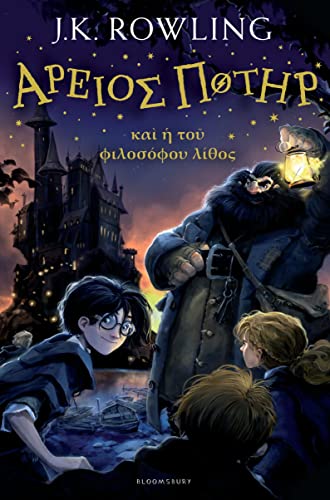 J.K. ROWLING is the author of the record-breaking, multi-award-winning Harry Potter novels. Loved by fans around the world, the series has sold over 450 million copies, been translated into 77 languages, and made into 8 blockbuster films. She has written three companion volumes in aid of charity: Quidditch Through the Ages and Fantastic Beasts and Where to Find Them (in aid of Comic Relief); and The Tales of Beedle the Bard (in aid of Lumos). She is writing a film script inspired by Fantastic Beasts and Where to Find Them. She has received many awards and honours, including an OBE for services to children's literature, France's Légion d'Honneur, and the Hans Christian Andersen Award.

JIM KAY won the Kate Greenaway Medal in 2012 for his illustrations in A Monster Calls by Patrick Ness. He studied illustration at the University of Westminster and since graduating has worked in the Library & Archives of Tate Britain and the Royal Botannic Gardens at Kew.

· "I've yet to meet a ten-year-old who hasn't been entranced by its witty, complex plot and the character of the eponymous Harry." --Independent