Items related to Sidney Chambers and the dangers of temptation

RUNCIE, James Sidney Chambers and the dangers of temptation

Sidney Chambers and the dangers of temptation 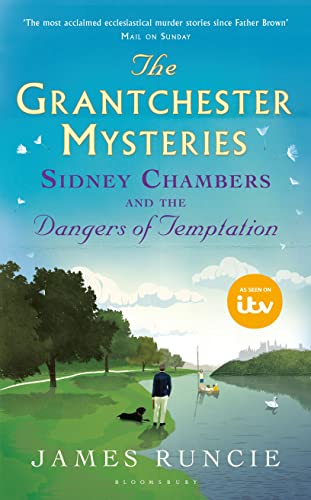 This fifth instalment of The Grantchester Mysteries finds archdeacon and part-time detective Sidney Chambers embroiled in the workings of a mysterious cult as he searches for a missing teenager, and investigating a murder, the theft of a precious heirloom and a case of blackmail.

Those who would like an engaging summer read should pack James Runcie's latest tale of clerical detection, Sidney Chambers and the Dangers of Temptation -- Alexander McCall Smith * Observer * The running theme is love and loyalty between friends and within the family ... Runcie has the gift of the born story-teller with an easy style that makes it hard to put the book aside * Daily Mail * Perfect reading for a sunny English garden * Kate Saunders, The Times * Runcie has honed his style of light, escapist, small-town crime stories to something approaching perfection * Herald * Runcie works his magic using simple sentences, archetypal characters and a sense of suspense that creates an atmosphere of delicious anticipation * Independent * There is no reason at all why this series should not run and run and why Sidney Chambers should not occupy the same place in the pantheon as Miss Marple or Poirot * Catholic Herald * I'm always searching for perfect deckchair escapism and Runcie's `Grantchester Mysteries' tick all the boxes ... The clerical setting is perfect - Runcie is the son of a former archbishop, but it is his talent for old-fashioned storytelling that makes the magic * Saga * Follow the adventures of clergyman Sidney Chambers in six absorbing stories set in 1960s England * My Weekly *

1. SIDNEY CHAMBERS AND THE DANGERS OF TEMPTATION

2. Sidney Chambers and The Dangers of Temptation

3. Sidney Chambers and The Dangers of Temptation

4. Sidney Chambers and The Dangers of Temptation