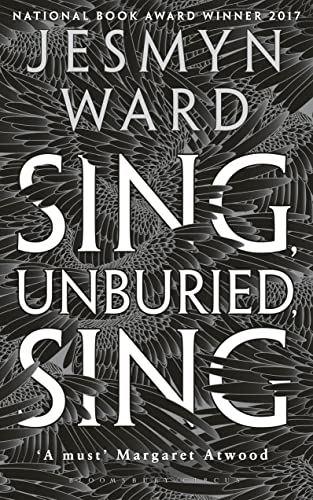 1. Sing, Unburied, Sing: SHORTLISTED FOR THE WOMEN'S PRIZE FOR FICTION 2018

Book Description Bloomsbury Publishing Plc, 2017. Condition: Good. Shows some signs of wear, and may have some markings on the inside. Seller Inventory # 18790741-6

2. Sing, Unburied, Sing: SHORTLISTED FOR THE WOMEN'S PRIZE FOR FICTION 2018

Book Description Bloomsbury Circus, 2017. Condition: Good. A+ Customer service! Satisfaction Guaranteed! Book is in Used-Good condition. Pages and cover are clean and intact. Used items may not include supplementary materials such as CDs or access codes. May show signs of minor shelf wear and contain limited notes and highlighting. Seller Inventory # 1408891034-2-4

Book Description Bloomsbury Circus, 2017. Paperback. Condition: Very Good. All orders are dispatched the following working day from our UK warehouse. Established in 2004, we have over 500,000 books in stock. No quibble refund if not completely satisfied. Seller Inventory # mon0005311109

Book Description Bloomsbury Circus, 2017. Paperback. Condition: Very Good. The book has been read, but is in excellent condition. Pages are intact and not marred by notes or highlighting. The spine remains undamaged. Seller Inventory # GOR010016947

Book Description Bloomsbury Circus, 2017. Paperback. Condition: Fair. A readable copy of the book which may include some defects such as highlighting and notes. Cover and pages may be creased and show discolouration. Seller Inventory # GOR010805039

Book Description Bloomsbury Circus, 2017. Paperback. Condition: Good. Ex Library Book with usual stamps and stickers. Good condition is defined as: a copy that has been read but remains in clean condition. All of the pages are intact and the cover is intact and the spine may show signs of wear. The book may have minor markings which are not specifically mentioned. Most items will be dispatched the same or the next working day. Seller Inventory # mon0016778199

Shipping: US$ 11.54
From United Kingdom to U.S.A.
Destination, rates & speeds

Shipping: US$ 29.21
From United Kingdom to U.S.A.
Destination, rates & speeds

Book Description Bloomsbury Publishing PLC, 2017. Paperback. Export/Airside. WINNER of the NATIONAL BOOK AWARD and A NEW YORK TIMES TOP 10 BEST BOOK OF THE YEAR &nbsp; A finalist for the Kirkus Prize and Andrew Carnegie Medal, and a New York Times bestseller, this majestic, stirring, and widely praised novel from two-time National Book Award winner Jesmyn Ward, the story of a family on a journey through rural Mississippi, is a "tour de force" (O, the Oprah Magazine) and a timeless work of fiction that is destined to become a classic--now available at a great value &nbsp; Jesmyn Ward's historic second National Book Award-winner is "perfectly poised for the moment" (The New York Times), an intimate portrait of three generations of a family and an epic tale of hope and struggle. "Ward's writing throbs with life, grief, and love. this book is the kind that makes you ache to return to it" (Buzzfeed). &nbsp; Jojo is thirteen years old and trying to understand what it means to be a man. He doesn't lack in fathers to study, chief among them his Black grandfather, Pop. But there are other men who complicate his understanding: his absent White father, Michael, who is being released from prison; his absent White grandfather, Big Joseph, who won't acknowledge his existence; and the memories of his dead uncle, Given, who died as a teenager. &nbsp; His mother, Leonie, is an inconsistent presence in his and his toddler sister's lives. She is an imperfect mother in constant conflict with herself and those around her. She is Black and her children's father is White. She wants to be a better mother but can't put her children above her own needs, especially her drug use. Simultaneously tormented and comforted by visions of her dead brother, which only come to her when she's high, Leonie is embattled in ways that reflect the brutal reality of her circumstances. &nbsp; When the children's father is released from prison, Leonie packs her kids and a friend into her car and drives north to the heart of Mississippi and Parchman Farm, the State Penitentiary. At Parchman, there is another thirteen-year-old boy, the ghost of a dead inmate who carries all of the ugly history of the South with him in his wandering. He too has something to teach Jojo about fathers and sons, about legacies, about violence, about love. &nbsp; Rich with Ward's distinctive, lyrical language, Sing, Unburied, Sing is a majestic and unforgettable family story and "an odyssey through rural Mississippi's past and present" (The Philadelphia Inquirer). Seller Inventory # 7991914

9. Sing, Unburied, Sing: SHORTLISTED FOR THE WOMEN*S PRIZE FOR FICTION 2018