Items related to When Giants Walked the Earth

When Giants Walked the Earth 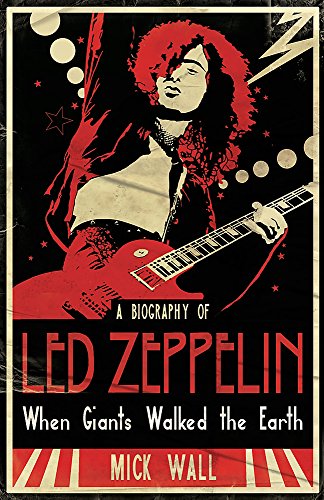 They released no singles; most of their albums have no lettering or titles of any description; they spent their early years touring in America - but all that aside, Led Zeppelin remain probably the greatest, biggest-selling heavy rock band of all time. This book tells their story.

Mick Wall was the founding editor of CLASSIC ROCK MAGAZINE. He's the author of numerous music titles, including books on John Peel, Iron Maiden, Don Arden and Black Sabbath. He ghosted XS ALL AREAS: the autobiography of Status Quo, and is a former DJ on Capital Radio.

1. When Giants Walked the Earth