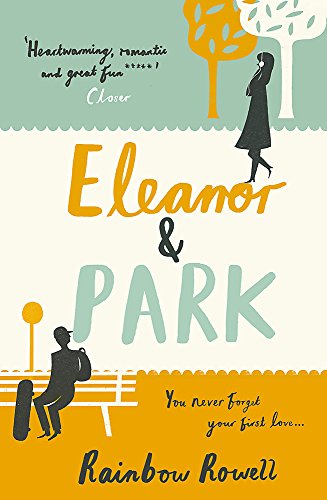 An Amazon Best Book of the Month, March 2013: While Eleanor & Park is technically classified as YA lit and has a cutesy cover, don’t let the stigma of “books for teens” fool or deter you. It is written about teens, sure, but the themes are so universal that anyone who survived high school will relate to the lives of the two protagonists. Eleanor is the new girl in town and her wild red hair and patchwork outfits are not helping her blend in. She ends up sitting next to Park on the bus, whose tendencies towards comic books don’t jibe with the rest of his family’s love of sports. They sit in awkward silence every day until Park notices that Eleanor is reading his comics over his shoulder; he begins to slide them closer to her side of the seat and thus begins their love story. Their relationship grows gradually--making each other mixed tapes (it is 1986 after all) and discussing X-Men characters--until they both find themselves looking forward to the bus ride more than any other part of the day. Things aren’t easy: Eleanor is bullied at school and then goes home to a threatening family situation; Park’s parents do not approve of Eleanor’s awkward ways. Ultimately, though, this is a book about two people who just really, really like each other and who believe that they can overcome any obstacle standing in the way of their happiness. It’s a gem of a book. --Caley Anderson

Rainbow Rowell writes books about people who talk a lot. And people who feel like they're screwing up. And people who fall in love. They include ATTACHMENTS, ELEANOR & PARK and LANDLINE. She lives in Nebraska with her husband and two sons.

Buy Used
Box damaged but books are in good... Learn more about this copy

Book Description Orion, 2012. Paperback. Condition: Used; Acceptable. Box damaged but books are in good condition. **Simply Brit** Shipped with Premium postal service within 24 hours from the UK with impressive delivery time. We have dispatched from our book depository; items of good condition to over ten million satisfied customers worldwide. We are committed to providing you with reliable and efficient service at all times. Seller Inventory # 2941959

Book Description Paperback. Condition: Good. The book has been read but remains in clean condition. All pages are intact and the cover is intact. Some minor wear to the spine. Seller Inventory # GOR008007938

Book Description Orion Publishing Group. Paperback. Condition: Very Good. Item is in very good condition. If supplemental codes/CDs for textbooks are required please contact us prior to purchasing as they may be missing. Seller Inventory # DS-1409116328-2