Items related to Chasing The Dime 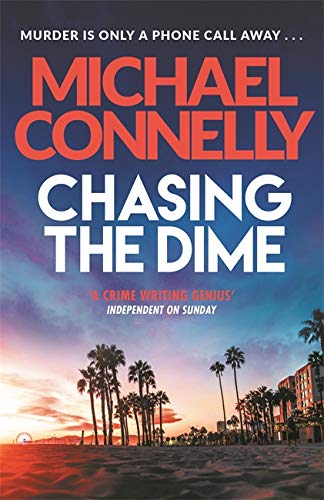 A former police reporter for the Los Angeles Times, Michael Connelly is the internationally bestselling author of the Harry Bosch thriller series. The TV tie-in series - Bosch - is one of the most watched original series on Amazon Prime and is now in its third season. He is also the author of several bestsellers, including the highly acclaimed legal thriller, The Lincoln Lawyer, which was selected for the Richard & Judy Book Club in 2006, and has been President of the Mystery Writers of America. His books have been translated into thirty-nine languages and have won awards all over the world, including the Edgar and Anthony Awards. He spends his time in California and Florida. To find out more, visit Michael's website or follow him on Twitter or Facebook. www.michaelconnelly.com @Connellybooks f/MichaelConnellyBooks

Book Description Paperback. Condition: New. Language: English. Brand new Book. Would you risk your life for a woman you've never met? A thriller about a simple wrong number that opens a line into terror. From the award-winning No. 1 bestselling author.Henry Pierce has a whole new life - new apartment, new telephone, new number. When he checks his machine, he discovers messages for a woman named Lilly, and she is in some kind of serious trouble. Pierce is inexorably drawn into Lilly's world, and it's unlike any world he's ever known. It is a night-time world of escort services, websites, sex and secret identities. Pierce tumbles through a hole, abandoning his orderly life in a frantic race to save the life of a woman he has never met. Pierce traces Lilly's last days, but every step into her past takes him deeper into a web of inescapable intricacy - and a decision that could cost him everything he owns and holds dear. Seller Inventory # AWC9781409116813

Shipping: US$ 5.37
From United Kingdom to U.S.A.
Destination, rates & speeds

Book Description Paperback. Condition: new. Paperback. Would you risk your life for a woman you've never met? A thriller about a simple wrong number that opens a line into terror. From the award-winning No.1 bestselling author. Shipping may be from multiple locations in the US or from the UK, depending on stock availability. Seller Inventory # 9781409116813

Shipping: US$ 14.80
From United Kingdom to U.S.A.
Destination, rates & speeds