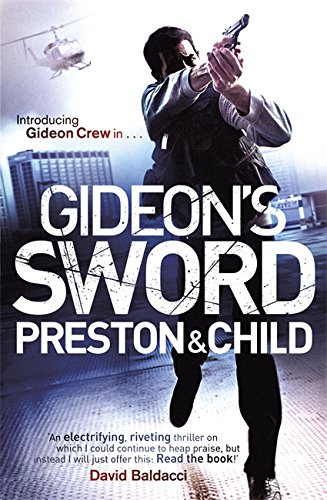 In this exciting and page-turning thriller we are introduced to Gideon Crew, star of the brand new Preston and Child series. At the tender age of twelve, Gideon Crew witnessed the brutal murder of his father, a scientist wrongly framed by the US government, and shot down by police during a hostage crisis. More than twenty years later, Gideon finally gets his revenge and fulfils the promise that he made to his mother on her death bed to clear their family name: he brings down the man who destroyed his father. But then a mysterious witness steps forward to confront Gideon on his crime - and to offer him the chance of a lifetime...

Douglas Preston and Lincoln Child are the co-authors of a string of bestselling suspense novels, including the Agent Pendergast adventures and their new series starring Gideon Crew. Douglas Preston and his family live on the coast of Maine, while Lincoln Child lives with his wife and daughter in New Jersey. Visit www.WhoisGideonCrew.com to find out more...

Gideon Crew, the hero of Preston and Child’s new novel, has a complicated backstory. As a boy, he watched as his father, who had taken a man hostage, was shot down by a sniper. Less than a decade later, he learned from his mother that his father had been used by the U.S. government as a scapegoat for a failed intelligence project. After dispatching the man responsible for his father’s murder, Gideon is offered a job with a private contractor that does hush-hush work for the government. Gideon’s mission: to intercept a Chinese scientist and relieve him of the plans for a top-secret weapon. The mission doesn’t go as drawn, however, and Gideon is left with a mysterious string of numbers. Now, working mostly alone, he must determine what the numbers mean. This novel (which is apparently the first installment in a new series) isn’t as elegantly written or constructed as the authors’ popular Special Agent Pendergast novels, but it does—once you get past the backstory—hold the reader’s interest, and Gideon is undeniably a big-shouldered character, capable of supporting a series. --David Pitt