Items related to The Crossing 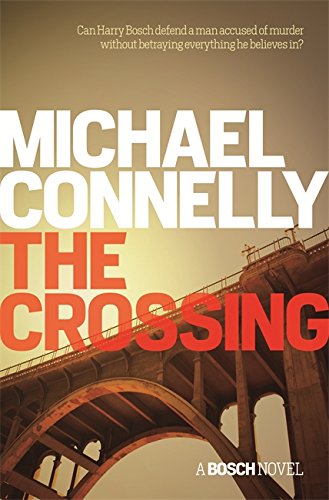 Michael Connelly is the author of 27 previous novels, including the #1 New York Times bestsellers "The Burning Room" and "The Gods of Guilt." Connelly is a former newspaper reporter who has won numerous awards for his journalism and his novels and is the executive producer of "Bosch, " starring Titus Welliver. He spends his time in California and Florida.

"As always with a Bosch novel, the delight is in the 'inside police' details....What Bosch does discover in The Crossing...should keep him busy--and Connelly fans happy--for years to come."―Maureen Corrigan, Washington Post


"A classic whodunit...an extra treat for the reader is being able to follow the case from the dual perspectives of the prosecution and the defense... Brothers Bosch and Haller may be, but at times they seem a lot like an ego and its id."
―Marilyn Stasio, New York Times Book Review

"The Crossing is another strong offering from perennial bestseller Michael Connelly.... He elevates the genre."
―Colleen Kelly, Minneapolis Star Tribune

"Thrilling.... Harry is back in his groove....Finding the connections between the parts of the case...gives readers Harry at his best. We get the bonus of seeing Mickey take that case to court for one of his bravura performances."
―Colette Bancroft, Tampa Bay Times

"Connelly painstakingly and brilliantly shows Bosch slogging after the truth.... As always, Connelly's blackboard work is as precise as his finale is exciting."―Booklist

"Masterly....Indeed, the notion of crossing resonates on different levels--the intersection of predator and prey, cops gone rogue, and for Bosch, the transition from one part of his life into something exciting and new."
―Publishers Weekly (starred review)

"The Crossing again proves Connelly as a master of the genre."―Oline H. Cogdill, Sun-Sentinel

"Michael Connelly remains one of the most reliable writers in the PI crowd. Thirty books on, his plots get tougher and his characters more engaging. The only thing better than Harry Bosch and Mickey Haller is having the pair together and that's what The Crossing delivers, one of the best of Connelly's tales....You won't put this one down from first page to last."―Margaret Cannon, Globe and Mail

"Connelly never dithers.... Despite his prolific output, Connelly rarely stumbles and he continues to find new and interesting angles to explore in detective and legal matters."―Erik Spanberg, Christian Science Monitor