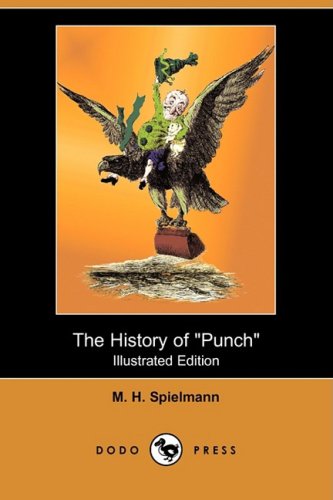 Punch was a British weekly magazine of humour and satire published from 1841 to 1992 and from 1996 to 2002. Punch was founded by Henry Mayhew and engraver Ebenezer Landells. At its founding it was jointly edited by Mayhew and Mark Lemon. Initially it was subtitled The London Charivari, this being a reference to a satirical humour magazine published in France under the title Le Charivari. Reflecting their satiric and humourous intent, the two editors took for their name and masthead from the anarchic glove puppet, Mr. Punch; the name also referred to a joke made early on about one of the magazine's first editors, Lemon, that "punch is nothing without lemon". Punch was responsible for the modern use of the word 'cartoon' to refer to a comic drawing. Increasing in readership and popularity throughout the remainder of the 1840s and 1850s, Punch was the success story of a threepenny weekly paper that had become one of the most talked-about and enjoyed periodicals of its time. Several British humour classics were first serialised in Punch, such as the Diary of a Nobody and 1066 and All That.