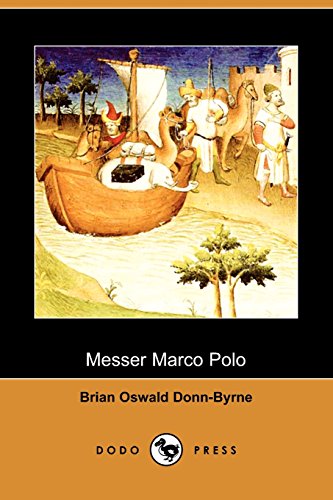 Irish novelist Donn Byrne (1889-1928) was born Brian Oswald Patrick Donn-Byrne in New York. In 1907 he went to the University of Dublin to study Romance languages. While at the school he published in The National Student, the student magazine. After graduation he continued his studies in Europe, hoping to join the British Foreign Office. Giving up the Service, he returned to New York in 1911, where he began working first for the Catholic Encyclopedia, the New Standard Dictionary, and then the Century Dictionary. In 1912 his poem The Piper appeared in Harper's magazine. His first short story, Battle sold soon after to Smart Set magazine for $50.00, appearing in the February 1914 issue. He sold more stories to various magazines, some of these were anthologized in his first book, Stories Without Women (1915). He then began working on his first novel, The Stranger's Banquet (1919). He was a prolific novelist and short story writer from this point on. The novel Field of Honor was published posthumously in 1929.

Irish-American short-story writer, novelist and poet. Donn-Byrne's work is notable for its use of lyrical prose and fantasy. The grace of style and amalgamation of imagination with reality are the hallmarks of his work.

This is a strange but often pleasant book. Efrem Zimbalist, Jr., enters into the spirit of the narrative, using an Irish brogue and a surging pace for this retelling of the story of Marco Polo. At times, the combination is odd; to have Polo speak longingly of his Venice home or his Chinese love in an Irish accent is jarring. Since the book was published in 1921, the books place names and other references are so dated that it isnt always clear where the storyteller is. That said, this romantic account of what took Polo to China, what he found there, and his adventures along the way is pure fun. G.T.B. © AudioFile 2008, Portland, Maine-- Copyright © AudioFile, Portland, Maine