Suchenwirth, Richard Development of the German Air Force, 1919-1939, The 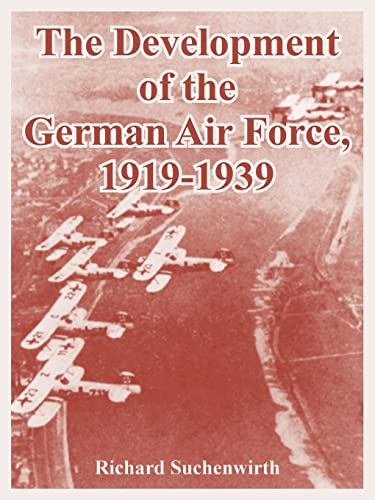 CONTENTS Foreword Preface About the Author List of Figures Chapter 1. German Military Aviation from the Armistice of 1918 to the Establishment of the Reichs Aviation Ministry, 1 May 1933 The End of the Old Air Force and the Beginning of a New Era Early Stages in the Rebirth of German Aviation Further Aviation Developments Rapallo and Lipetsk The German Lufthansa (Deutsche Lufthansa) The Paris Air Agreement and Sport Flying in Germany Air Offices in the Reichs Defense Ministry, 1925-1929 The Reichs Defense Ministry The Air Offices Maintained by the Army Relaxation in the Need for Secrecy T2 V (L) and its Missions The German Aircraft Industry 1929 to 1933 Armament Contracts Organization of the Training Program German Aircraft Testing Stations Preparations for Rearmament Preparations for Mobilization Steps Taken by the Navy Command to Provide for a Naval Air Force Organizational Measures taken by the Navy Command The Secret Build-Up Air Agencies in the Reichs Defense Ministry, 1932 and 1933 Chapter 2. The Growth of the Top Level Command Apparatus The Position of the German Luftwaffe within the Wehrmacht Goering's Personality as a Factor in the Luftwaffe's Build.Up Germany's Air Command during the Period of Secrecy, 30 January 1933 - 1 March 1935 From the Official Beginning of the Luftwaffe to World War II Organization and Mission of the Top-Level Command Apparatus The Air Administrative Area Commands Air Commanders (Fliegerfuehrer) and Air Divisions Chapter 3. The Build-Up of the Luftwaffe Repercussions of Political Events upon the Luftwaffe The Build-Up of Air Units Measures Implemented by the Luftwaffe Command The First Air Units Bomber Units Dive- Bomber Units Fighter Units Fighters for the Defense of Army and Navy Units Long-Range Reconnaissance Units Tactical Reconnaissance Units Luftwaffe Signal Forces Flak Artillery Units Luftwaffe Meteorological Service The Development of the Luftwaffe Ground Organization Measures by the Ground Organization to Insure Mobility of Bomber Units Chapter 4. The Air Armament Industry in Germany Raw Material Problems Aviation Fuel Aircraft Design and Procurement Aeronautical Research in Germany The Office of Luftwaffe Supply and Procurement The Supply of Field Units The Selection of Aircraft in the Luftwaffe Tactical and Technical Requirements of the General Staff The Technical Office The Role Played by the Technical Office AircraftProduction Aerial Torpedoes Introducing Aircraft at Troop Level The Luftwaffe Administration Office The Luftwaffe Officer Corps Engineer Officers The Luftwaffe General Staff Chapter 5. Luftwaffe Preparations for the War Basic Thinking on the Strategic and Tactical Employment of the Luftwaffe The Training of Top-Level Luftwaffe Leaders War Games and Staff Journeys Maneuvers The Last Staff Training before the War The Compilation of Operational Data The Air Defense File Deployment and Battle Instructions The Luftwaffe Mobilization Plan The Western Air Defense Zone Measures in the Field of Training The Military and Political Roles of the Luftwaffe before the War The Luftwaffe as an Instrument of Political Policy The Role of the Luftwaffe in the Pre-War Crises Footnotes Appendices List of Charts Charts Dr. Richard Suchenwirth, a well-known and somewhat controversial German and Austrian historian, author, teacher and lecturer, was born in Vienna in 1896. A lieutenant in World War I, he served as an aide to an Austrian general and learned much at firsthand concerning the problems of leadership.

Book Description University Press of the Pacific, 2005. PAP. Condition: New. New Book. Delivered from our UK warehouse in 4 to 14 business days. THIS BOOK IS PRINTED ON DEMAND. Established seller since 2000. Seller Inventory # LQ-9781410221216