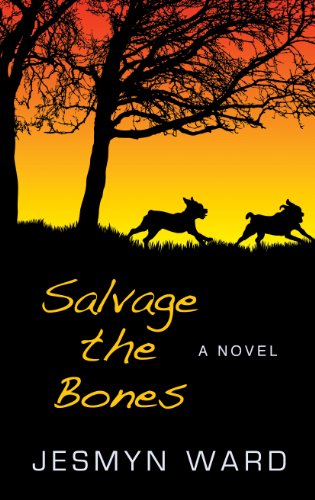 Winner of the 2011 National Book Award -- A hurricane is threatening the coastal town of Bois Sauvage, Mississippi, and Esch's father is growing concerned. A hard drinker, largely absent, he doesn't show concern for much else. Esch and her three brothers are stocking food, but there isn't much. Fourteen and pregnant, Esch can't keep down what food she gets. A big-hearted novel about familial love and community against all odds, Salvage the Bones is muscled with poetry, revelatory, and real.

Jesmyn Ward received her M.F.A. from the University of Michigan and is currently an associate professor of creative writing at Tulane University. She is the editor of the anthology The Fire This Time and the author of the novels Where the Line Bleeds and Salvage the Bones, the latter of which won the 2011 National Book Award and was a finalist for the Dayton Literary Peace Prize. Ward lives in DeLisle, Mississippi.