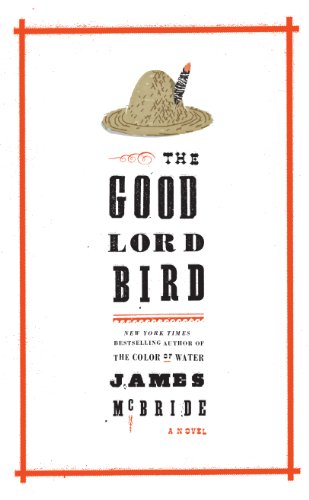 Fleeing her violent master at the side of legendary abolitionist John Brown at the height of the slavery debate in mid-19th-century Kansas Territory, Henry pretends to be a girl to hide his identity throughout the historic raid on Harpers Ferry in 1859. By the best-selling author of The Color of Water. (historical fiction).

James McBride is an accomplished musician and author of the American classic "The Color of Water "and the bestsellers "Song Yet Sung "and "Miracle at St. Anna," which was turned into a film by Spike Lee. A graduate of Oberlin College, he has a master's in journalism from Columbia University. McBride holds several honorary doctorates and is a Distinguished Writer in Residence at New York University.

Praise for "Song Yet Sung
"
"[A] well-designed, gripping plot. One often risks turning the pages so fast as to miss some of the richness and subtlety of the writing." --"The New York Times Book Review
"
"Hypnotizing . . .One lyrical sentence somersaults into another. . . .McBride keeps the suspense high as he raises troubling questions about slavery's legacy, the price of freedom and what it means to be human."--"People Magazine
"
"Gripping, affecting, and beautifully paced, Song Yet Sung illuminates, in the most dramatic fashion, a deeply troubled, vastly complicated moment in American history."--"O: The Oprah Magazine"

"Outrageously funny, sad...McBride puts a human face on a nation at its most divided."--"Publishers Weekly "(starred review)

Praise for "The Good Lord Bird"

"You may know the story of John Brown's unsuccessful raid on Harpers Ferry, but author James McBride's retelling of the events leading up to it is so imaginative, you'll race to the finish."--NPR

"A fascinating mix of history and mystery."--"Essence"

"Outrageously funny, sad... McBride puts a Human Face on a nation at its most divided."--"Publisher's Weekly" (starred review)
- One of NPR's "5 Books to Look Forward To This Summer"
- One of "USA Today" 's "30 Hot Books for Summer"
Praise for "The Good Lord Bird"
"A magnificent new novel by the best-selling author James McBride...a brilliant romp of a novel...McBride--with the same flair for historical mining, musicality of voice and outsize characterization that made his memoir, "The Color of Water," an instant classic--pulls off his portrait masterfully, like a modern-day Mark Twain: evoking sheer glee with every page." --"The New York Times Book Review"
"You may know the story of John Brown's unsuccessful raid on Harpers Ferry, but author James McBride's retelling of the events leading up to it is so imaginative, you'll race to the finish."--NPR
"A boisterous, highly entertaining, altogether original novel by James McBride...There is something deeply humane in this [story], something akin to the work of Homer or Mark Twain. McBride's Little Onion -- a sparkling narrator who is sure to win new life on the silver screen -- leads us through history's dark corridors, suggesting that "truths" may actually lie elsewhere." --"The Washington Post"
"Wildly entertaining...From the author of The Color of Water, a rollicking saga about one of America's earliest abolitionists." --"People "(4 star review; "People Pick")
"McBride delivers another tour de force...A fascinating mix of history and mystery."--"Essence"
"A story that's difficult to put down."--"Ebony"
"Outrageously entertaining...The Good Lord Bird rockets toward its inevitable and, yes, knee-slapping conclusion. Never has mayhem been this much of a humdinger." --"USA Today"
"A superbly written novel....McBride...transcends history and makes it come alive."--"The Chicago Tribune"
"Absorbing and darkly funny."--"The San Francisco Chronicle
""An irrepressibly fun read."--"The Seattle Times"
"As in Huck Finn, this novel comes in through the b

Book Description Hardcover. Condition: Good. Connecting readers with great books since 1972. Used books may not include companion materials, some shelf wear, may contain highlighting/notes, may not include cdrom or access codes. Customer service is our top priority!. Seller Inventory # S_322791132

Book Description Hardcover. Condition: Very Good. Item is in very good condition. If supplemental codes/CDs for textbooks are required please contact us prior to purchasing as they may be missing. Photos are stock pictures and not of the actual item. Seller Inventory # DS-1410464857-2

Book Description Paperback. Condition: Very Good. The book has been read, but is in excellent condition. Pages are intact and not marred by notes or highlighting. The spine remains undamaged. Seller Inventory # GOR011684466