Items related to Good Ones 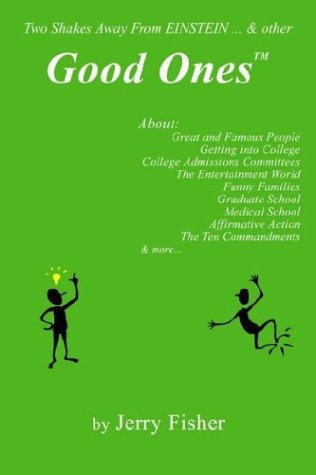 Jerry Fisher was born in New York City on February 15, 1942. He was an adorable child who clearly was destined for great things. In fact, at his birth his mother was heard to remark: "When he grows up, I am sure he will write a best seller, will call his Mom often, and will be famous." Jerry attended New York public schools, including The Bronx High School of Science and City College of New York (CCNY). He earned a Ph.D.in Nuclear Physics at Stanford University in 1970. From 1977 to 1995 he served as the Chairman of the Physics Department at San Francisco State College and retired from there in 2000. Over the years he has remained connected to Stanford in various capacities; he is currently Consulting Professor of Physics. He enjoys reading, learning new things, listening to classical music, being the center of attention, and embarrassing his two grown children.

Book Description Authorhouse, 2003. Condition: Good. Shows some signs of wear, and may have some markings on the inside. Seller Inventory # GRP111849108

Book Description Authorhouse, 2003. Condition: Good. Ships from Reno, NV. Former Library book. Shows some signs of wear, and may have some markings on the inside. Seller Inventory # GRP113760848