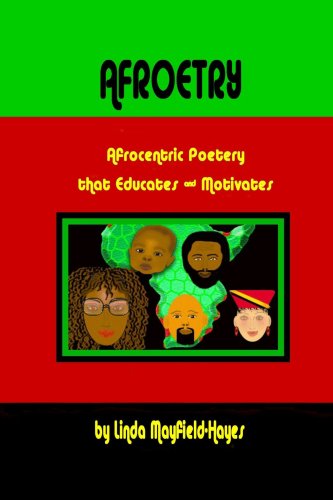 In this book, Linda uses poetry as a means of teaching black people about their history, heritage and culture. She wrote this book with zealous devotion to people of African descent, in hopes of reminding them of their strengths, inspiring them to get back on track, and motivating them to strive to be all that God intended.

History had always been my least favorite subject in school, mainly because as a black student in a public school system made up of white teachers, all I was ever taught about black people was that we were the descendant of slaves. Furthermore, I was lead to believe that the only contribution black people ever made to the world was the invention of peanut butter.

As an adult, I decided to research black history on my own. I've discovered that there is more to our history than slavery, and we've contributed so much more to the world than just peanut butter. With this book, I use poetic expression to share some of what I've discovered.

Linda Mayfield-Hayes grew up in the Red Hook housing projects, of Brooklyn, New York. She graduated from Kingsborough Community College with an Associate in Applied Science degree in Data Processing.

Linda began writing poetry in her early teens, but soon abandoned her craft. She didn't lift her poetic pen again until 2003, almost forty years later. Since then, she has published two poetry chapbooks, "Life is a Roller Coaster" and "Life is a Roller Coaster 2". Linda has done poetry readings at Barnes & Noble, The Queens Central Library, Stain, and at Valarie's Sophisticated Soul Food. She has also performed at Sista's Place with the legendary Louis Reyes Rivera and the Jazzoets. Online, she goes by the pen name of Slendah. Her poetry has appeared on websites such as Mr. Africa, Soulful Chemistry, E-LiteraryCafe, NubianPoets, Black-Poetry, The Black Poetry Cafe, PostPoems, and TimBookTu. She has been the featured poet at Poeticnites and MotivateAMind. Her poems have also appeared in several anthropologies.

Linda currently resides in Brooklyn, New York with her son