Items related to Call of the Sea

Call of the Sea 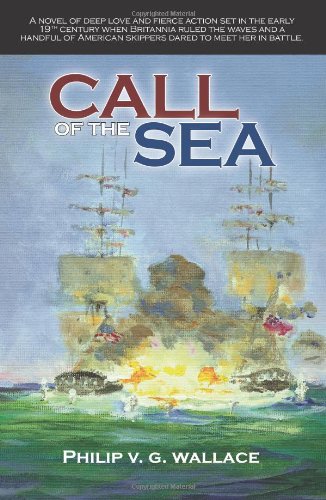 A novel of deep love and fierce action set in the early 19th Century when Britannia ruled the waves and a handful of American skippers dared to meet her in battle.

Phil Wallace's novel Call of the Sea reveals his lifelong passion for military history. As a novelist and painter, Phil's themes often return to the sea.

He was a guided missile battery officer at the height of the Cold War. Later, as an information officer at General Electric, Phil worked closely with scientists who developed and produced the Polaris missile fire control and guidance systems. While at GE, he created and implemented the first military training use of closed-circuit television connecting submarine crewmembers to an ultra secure "clean room" where scientists were assembling the Polaris inertial guidance system. In 1992, Phil participated in an Army War College seminar on world affairs. In addition, he is an accomplished cartoonist, who illustrated TIGER TALES, a collection of stories about the Flying Tigers in World War II.

As a filmmaker, he won the prestigious CINE Golden Eagle Award for Majesty of America, a documentary highlighting the natural beauty of the U.S. Phil's travel documentaries ran on the Discovery Channel and the Travel Channel.

He also wrote and produced American Catholic Diary, a twentieth-century look at the Catholic Church in America. The film, sponsored by Our Sunday Visitor, debuted on the Catholic Television Network and was officially presented to Pope John Paul II in Rome.

Phil made his career on Madison Avenue. As an advertising executive, he managed national print and television campaigns for Amtrak, Campbell Soup Company, IBM, Johnson's Wax and Proctor and Gamble.

He has sailed the Chesapeake Bay, the Long Island Sound and the New England waters off Cape Cod and Block Island.

A graduate of Fordham University, Phil makes his home in Scarsdale, New York with his wife Ann.