Items related to The Bull from the Sea

Renault, Mary The Bull from the Sea

The Bull from the Sea 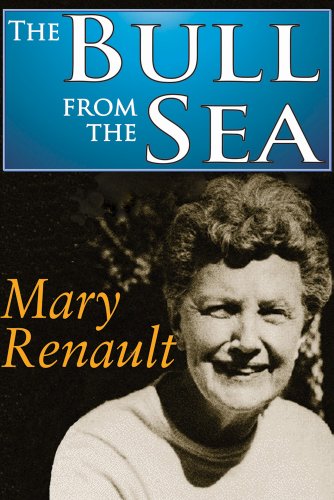 The Bull from the Sea is the story of Theseus, King of Athens, but also Mary Renault's brilliant historical reconstruction of ancient Greek politics. Throughout his reign, Theseus is torn between his genius for kingship and his truant craving for adventure. As Theseus for a dynastic marriage with Phaedra, Pirithoos, the pirate prince, lures him off to explore the unknown Euxine, where he meets and captures the young warrior priestess Hippolyta. She is the love of his life, and that love is the crux of his fate. The bull of Marathon, the battle of the Lapiths and Kentaurs, and the moon-goddess cult of Pontos are merely a portion of the legendary material that Renault weaves into the fabric of great historical fiction. Whether or not these myths have their far-distant origin in actual events, the author's imagination and scholarship have invested them with immediate amd magical reality.

In this sequel to The King Must Die Theseus defies the Gods' and claims the throne of Athens a move that culminates in the terrible, fateful destruction of the house of Minos -- the Minotaur.

Mary Renault is a contributor for the following Houghton Mifflin Company Title: The Charioteer

1. Bull from the Sea