Items related to Theories of Performance 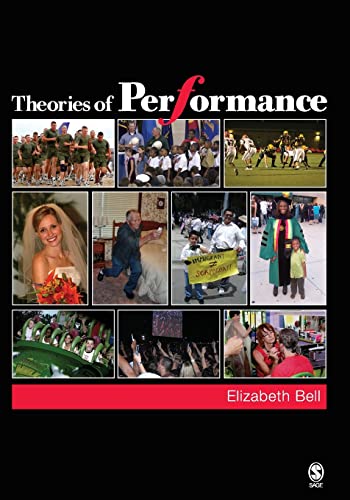 Theories of Performance invites students to explore the possibilities of performance for creating, knowing, and staking claims to the world. Each chapter surveys, explains, and illustrates classic, modern, and postmodern theories that answer the qu

Beautifully designed for an undergraduate audience in both content and layout. -- Caren Neile Published On: 2009-09-22

Book Description SAGE Publications, Inc, 2020. Paperback. Condition: NEW. 9781412926386 This listing is a new book, a title currently in-print which we order directly and immediately from the publisher. Print on Demand title, produced to the highest standard, and there would be a delay in dispatch of around 10 working days. For all enquiries, please contact Herb Tandree Philosophy Books directly - customer service is our primary goal. Seller Inventory # HTANDREE01672556