Items related to Wrestling With Ghosts: A Personal And Scientific Account...

Wrestling With Ghosts: A Personal And Scientific Account Of Sleep Paralysis 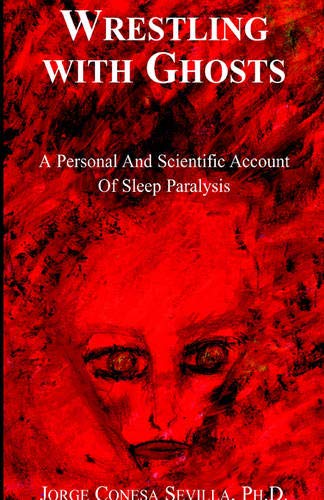 "Wrestling With Ghosts" summarizes and updates a growing literature that includes traditional cultural accounts, scientific research, and subjective reports about the uncanny sleep disorder referred to as sleep paralysis (SP). The book serves as an important tool to normalize the sleep paralysis experience by attempting to remove its often-publicized mystical and supernatural aura. Specifically, the book is a serious contribution to the psychological and social scientific literature as an example of behavioral/social methodology in clarifying psychological phenomena that can be misinterpreted individually or by culture as "paranormal." However, the book does not refute the very real phenomenology of the experience and is intended as a practical guide for recognizing and managing the disorder in creative and self-enhancing ways. Moreover, this work reiterates the aesthetic and creative power of uncanny dreaming regardless of its origin. This aesthetic dimension of sleep paralysis and lucid dreaming is part of mythical, shamanic, creative, personal and scientific multidisciplinary approach to studying and describing dream phenomenology.

Additionally, this work provides a retrospective look at the history of this uncanny disorder in human evolution, its recent western medical history and its most recent empirical descriptions as so-called alien abduction cases, including a presentation of Jungian and Freudian mythical perspectives. The empirical data is presented in balance with traditional cross-cultural and folklore accounts of the disorder as well as in the context of numerous recent cases researched in conjunction with the long-term study. Part of the data presented includes a proposal about psycho-geographical and psycho-geomagnetic distributions of "ghost" stories, dream attacks, and other SP related phenomena. These geographical zones correlate with geodynamic areas such as the Pacific "Ring of Fire" region where an increased number of cultural name