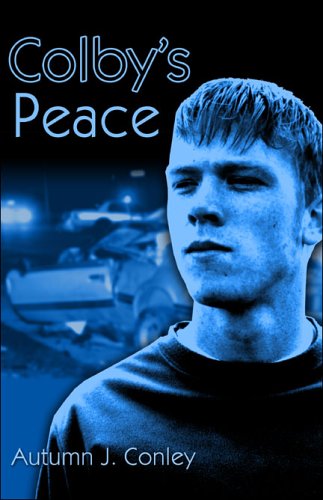 Colby's Peace is the story of young Colby Jamison, who makes a momentary mistake, with lifelong consequences. When Colby gives in to a short-lived temptation, it leads him to a fateful night in June-a night that will result in a devastating blow to his life. In what one editor has pegged "a worthwhile exploration of dealing with mistakes in one's past," Colby's Peace follows Colby Jamison's journey of guilt and emotional turmoil. The unrelenting pain inside him tears at him every minute, despite his Christianity and the prayers and cares of those who love him. It is only when he asks for forgiveness, that Colby learns to deal with the past that haunts him and faces his awful sins with a renewed courage to overcome and move on. In Colby's Peace, young readers and their parents alike will find "a dramatic story with a message of healing."