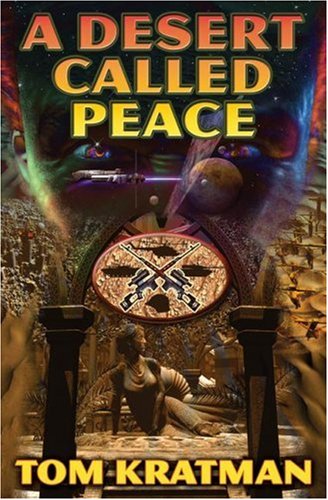 The Federated States of Columbia takes on the regime of Earth's corrupt Caliphate, aided by a warrior known as Carrera, a vengeful man born when the Salafi fanatics of Caliphate, intent on a new jihad, slaughtered FSC Captain Patrick Hennessey's entire family.

Tom Kratzman was born in Boston and enlist at 17 years old in the US Army. He served with the 101st Airborne division and in Panama with the 193rd Infantry Brigade. He then went on to Boson College on an Army scholarship. Following his graduation, Kratzman was commissioned as an officer in 1980 whereupon he spent three more years in Panama followed by a four-year stint with the 24th Infantry Division. He was then part of the United States Army Recruiting Command, before serving with the 5th Special Forces Group during the Gulf War.

Kratzman left the regular army in 1992, and went to law school. He earned his juris doctorate in 1995, but remained a member of the United States Army Reserve and also worked for MPRI. He was recalled to the Army in 2003 for the Iraq War but was found to have a heart problem. He then spent time at the U.S. Army War College as Director, Rule of Law, for the Peacekeeping and Stability Operations Institute. Kratzman retired in 2006 as a Lieutenant Colonel and became a full-time author.