Items related to Garden of Angels 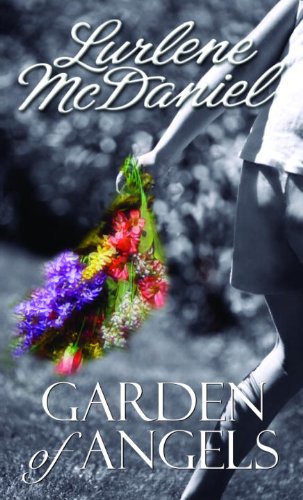 FOR USE IN SCHOOLS AND LIBRARIES ONLY. In Conners, Georgia, 1974, fourteen-year-old Darcy tries to deal with her mother's battle with breast cancer, as she also faces new feelings for an outcast senior at her school and learns that the war in Vietnam is more than a school project.

It is 1974 and the country is still struggling to come to terms with the Vietnam War. In the small town of Conners, Georgia, Darcy has just started high school, her older sister Adel goes to weekend dances at the local Army base, and their mother tends her beautiful garden?the biggest and best in town. But Darcy?s world is soon changed forever when her mother goes to Atlanta for tests. The diagnosis is not good?breast cancer. There is so much Darcy wants to talk to her mother about: the war and what happened to the soldiers who were there; the feelings she is having for the new (and troubled) boy in school. But she can?t. So she finds solace in her mother?s garden. There she can help the flowers her mother planted bloom.

Lurlene McDaniel has written more than 30 inspirational novels. Her books have received acclaim from teachers, parents, young adults, and reviewers.

Book Description Turtleback, 2005. Condition: Good. Former Library book. Shows some signs of wear, and may have some markings on the inside. Seller Inventory # GRP108492957