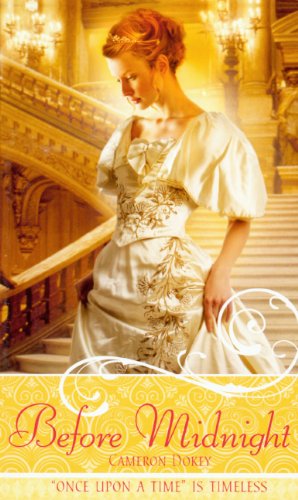 FOR USE IN SCHOOLS AND LIBRARIES ONLY. Cendrillon and her adopted brother, Raoul, left to be raised by servants, grow up in a quiet household until the day an elegant woman and her two daughters arrive announcing that she has married Cendrillon's father and will be taking over the household.

Cameron Dokey is the author of nearly thirty young adult novels. Her other fairy tales include, The Storyteller’s Daughter, Sunlight and Shadow, and Golden. She has also written the #1 bestselling How Not to Spend Your Senior Year. She lives in Seattle, Washington, with her husband and four cats.

Grade 6–10—Here are answers to the age-old questions that have plagued so many for so long: What was Cinderella's father thinking? And where was he while his new wife and the stepsisters had their way with her? Not only does Dokey deal with these issues, but she also turns the oft-told story on its head in many unexpected, intriguing, and satisfying ways. When Cendrillon's mother dies after giving birth to her, her father, Etienne de Brabant, blames his newborn daughter. Wishing never to see her again, he disappears from her life for the next 15 years. The fairy godmother in the original tale here is simply the wise housekeeper who delivers Cendrillon and raises her. The stepmother is not wicked, just understandably unhappy at being forced to marry Etienne, who uproots her from her life at court and sends her off to live at his remote estate without even telling her that he has a daughter. The stepsisters are differentiated, dimensional characters as well. In fact, the entire book is filled with strong women who exert their influence on a fairy-tale world and—delightfully—with sensitive and clever young men who recognize their worth. This expanded Cinderella story is a fine addition to the canon including Gail Carson Levine's Ella Enchanted (HarperCollins, 1997), Donna Jo Napoli's Bound (S & S, 2004), and Margaret Peterson Haddix's Just Ella (S & S, 1999).—Miriam Lang Budin, Chappaqua Public Library, NY
Copyright © Reed Business Information, a division of Reed Elsevier Inc. All rights reserved.