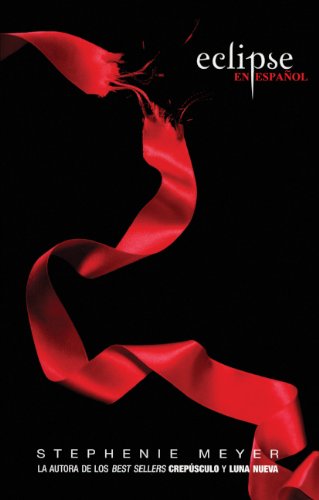 FOR USE IN SCHOOLS AND LIBRARIES ONLY. When Seattle is ravaged by a string of mysterious killings and a malicious vampire continues her quest for revenge, Bella once again finds herself surrounded by danger, but in the midst of it all, she is forced to choose between her love for Edward and her friendship with Jacob, knowing that her decision has the potential to ignite the ageless war between vampires and werewolves.

Stephenie Meyer graduated from Brigham Young University with a degree in English literature, and she lives with her husband and three young sons in Arizona. After the publication of her debut novel, Twilight, booksellers chose her as one of the "most promising new authors of 2005". (Publishers Weekly.) Look for Twilight, New Moon, and Eclipse on audio from Listening Library.

"Has a hypnotic quality that puts the reader right inside the dense, rainy thickets of [Forks]" - People Magazine

"Meyer's trilogy seethes with the archetypal tumult of star-crossed passions, in which the supernatural element serves as a heady spice." - The New York Times

Praise for New Moon:
-"Teens will relish this new adventure and hunger for more."--Booklist
-"[A] near-genius balance of breathtaking romance and action."--VOYA
-"New Moon will ... leave [fans] breathless for the third." --School Library Journal