Items related to Mrs. Eddy: The Biography Of A Virginal Mind

Mrs. Eddy: The Biography Of A Virginal Mind 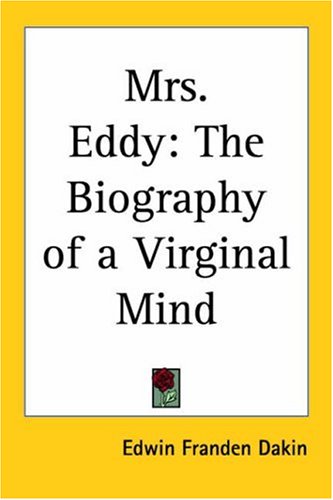 1930. The story of the life of Mary Baker Eddy, the founder of the Christian Science movement and the only American woman to establish a worldwide religion. Although controversy surrounded Mrs. Eddy's Christian Science movement over the issue of whether its origins were hers alone or actually existed in the teaching and practice of Phineas P. Quimby, she is still credited for using her strong organizational skills to have this healing message heard round the world. One of her last and greatest accomplishments was founding The Christian Science Monitor in 1908, a newspaper respected around the world for its editorial integrity and news insight. Contents: A Quest for Minerva's Parentage; A Book to Conjure With; A Woman Becomes a Deity; The Secret Place of the Most High; and The Twilight of a God.