Items related to The World According to Al Qaeda

Berner, Brad K. The World According to Al Qaeda

The World According to Al Qaeda 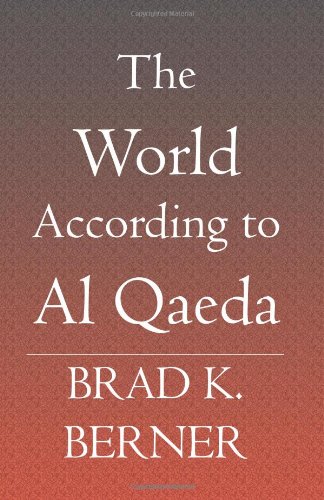 This text is a compliation of direct quotations of Al Qaeda members, affiliated organizations and supporters in the contemporary world.

Founded in the late 1980s in Afghanistan, Al Qaeda, under the leadership of Osama bin Laden, has come to symbolize contemporary terrorism for many. However, for a significant fundamentalist Islamist minority, it represents a force that is resisting Western encroachment and the 'apostate' regimes ruling Muslim countries.

The Al Qaeda of the 1990s no longer exists. Although it has suffered serious reverses with the loss of its training camps in Afghanistan and the capture or death of some of its cadre and leaders, Al Qaeda continues as a more decentralized organization and believes it has succeeded in its self-proclaimed role as a "detonator" with the advent of many like-minded organizations and individuals that are currently undertaking violent jihad throughout the world.

The appeal of its ideology is best understood in Al Qaeda's own words and the words of affliated organizations and supporters. For this reason, this compliation has been put together.

Brad K. Berner is a professor at Western International University in Phoenix, Arizona.

1. The World According to Al Qaeda

2. The World According to Al Qaeda

Book Description CreateSpace Independent Publishing Platform. Paperback. Condition: Very Good. A copy that has been read, but remains in excellent condition. Pages are intact and are not marred by notes or highlighting, but may contain a neat previous owner name. The spine remains undamaged. At ThriftBooks, our motto is: Read More, Spend Less. Seller Inventory # G1419610465I4N00

3. The World According to Al Qaeda

Book Description BookSurge Publishing, 2005. Paperback. Condition: Good. Connecting readers with great books since 1972. Used books may not include companion materials, some shelf wear, may contain highlighting/notes, may not include cdrom or access codes. Customer service is our top priority!. Seller Inventory # S_249523308