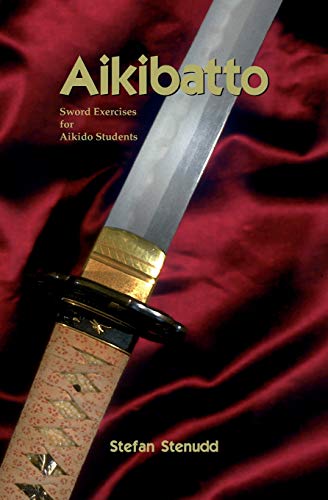 Aikibatto is a system of sword and staff exercises for aikido students, as well as for anyone interested in the Japanese martial arts. This book presents the basics and principles of the sophisticated sword arts developed by the Japanese warrior aristocracy, the samurai. Although the aikibatto exercises are primarily developed for aikido students, they contain much of the normal curriculum of traditional iaido and kenjutsu. Anyone interested in the arts of the katana, the formidable Japanese sword, will find much of value in this book. Stefan Stenudd is a 7 dan Aikikai shihan aikido instructor, member of the Swedish Aikikai Grading Committee, Chairman of the Swedish Budo & Martial Arts Federation, and former Vice Chairman of the International Aikido Federation. He has studied aikido and iaido since the early 1970's. He is also a writer of both fiction and non-fiction.

Stefan Stenudd is a Swedish author and 6 dan Aikikai Shihan aikido instructor, Vice Chairman of the International Aikido Federation, member of the Swedish Aikikai Grading Committee, and President of the Swedish Budo & Martial Arts Federation. He has practiced aikido since 1972. He is also a teacher of the sword art iaido.

In addition to his aikido life, he is a historian of ideas, researching the patterns of thought in creation myths and cosmological beliefs, as well as Aristotle's Poetics.

His books span both fiction and non-fiction. Among the latter is one about the cosmology and religious beliefs of the Greek philosophers, a little encyclopedia of life energy concepts, and several books about the martial arts and the principles behind them.

On the subject of aikido, he has also written Aikido Principles, about the basics and underlying ideas of the art, and Attacks in Aikido, presenting all the attack techniques used in aikido training and explaining how to improve them. Also his book Qi - Increase Your Life Energy, with very simple exercises for developing one's qi (ki) and explaining this concept thoroughly, is highly relevant for anyone practicing aikido.