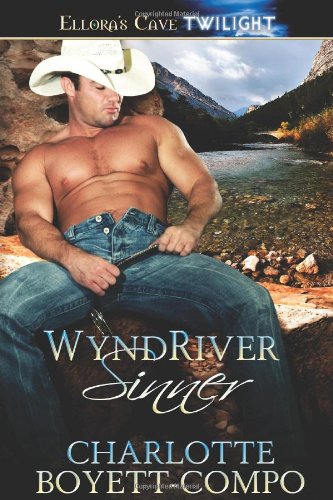 WesternWind series. In the year 3478, Reaper Cynyr Cree has been sent to the western territories by the High Council as their executioner in taking out rogues. He's hot, tired, dusty and not in the best of moods when he happens upon a young woman being attacked. Dispatching the assailant with a careless flick of his laser whip, Cynyr doesn't give the woman a second thought until she follows him to his camp in search of food and protection. Sold by her ex-husband for a brace of horses, Aingeal has known the hardships of being the property of a Jakotai brave intent on keeping her at all costs and she has run away. Being rescued by an infamous Reaper seems the only way she can escape her captivity and she's willing to do what it takes to stay with Cree. Taking lives comes easy to Cynyr. Living one is another matter. Always keeping his distance from others, he is stunned to realize he doesn't want to let Aingeal leave him. When a man named Cynyr decides to make a woman named Aingeal his own, no man will ever take her from him.