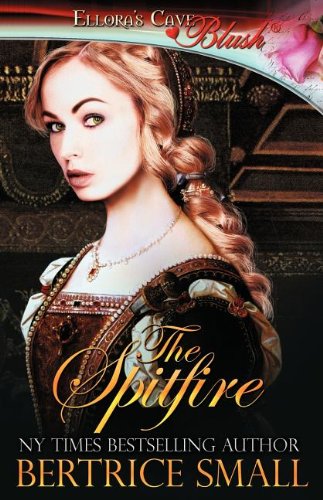 They cast their destineis to the winds of desire. The year is 1483. Tavis Stewart, Earl of Dunmore, abducts beautiful Lady Arabella Grey, cousin of King Richard III, as she is about to marry Sir Jasper Keane. Tavis wants revenge for Jasper's murder of his fiancée. Irresistibly, deliciously, Arabella surrenders to her enemy with fierce abandon--knowing that there may be only one way to get what is rightfully hers.

tic, appealing characters and an entertaining tale."
PUBLISHERS WEEKLY
The year is 1483. Just as beautiful Lady Arabella Grey, the young cousin of England's King Richard III, speaks her wedding vows to Sir Jasper Keane, the Scotsman Tavis Stewart, Earl of Dunmore, abducts Arabella as payment for Jasper's murder of his fiancee. Irresistibly, deliciously, Arabella surrenders to her enemy with fierce abandon--knowing that there may be only one way to get what is rightfully hers....

When she can resist the temptation to be outrageous (such as staging a wedding with the bride stark naked), veteran romance novelist Small ( Blaze Wyndham ) offers realistic, appealing characters and an entertaining tale set in 15th-century England that integrates the historical enmity between English and Scotssee p. 488 . The wedding ceremony of Arabella Grey and Sir Jasper Keane is disrupted by a band of fierce Scots, led by Tavis Stewart, Earl of Dunmor. Tavis reveals that Jasper took the earl's intended bride as a mistress and subsequently murdered her. g In turn, Tavis carries Arabella away to Scotland and marries herg --a union g both find rewarding. But Jasper still covets Greyfaire, Arabella's family lands, and so marries Arabella's widowed mother. Arabella becomes determined to regain her property, leaving Scotland to petition Henry VII of England for assistance. Henry will help, but only if she'll spy for him in the French court. As the story progresses, Arabella grows from an innocent child to a subtle, sophisticated woman who can bargain with kings as well as regain both her Scots husband and English home.
Copyright 1990 Reed Business Information, Inc.

Buy Used
Condition: As New
Pages are clean and are not marred... Learn more about this copy

Book Description Paperback. Condition: As New. No Jacket. Pages are clean and are not marred by notes or folds of any kind. ~ ThriftBooks: Read More, Spend Less. Seller Inventory # G1419966073I2N00