Items related to BE TRUE 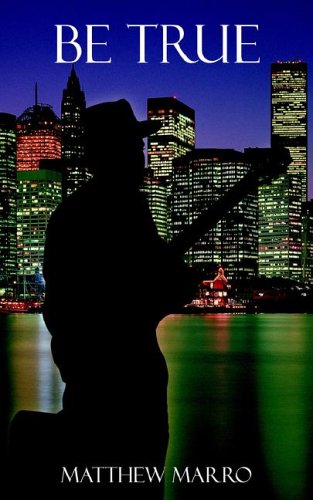 Dell True is an old blues man clerking for an investment firm in New York. His boss, Ian Bunk, is a rogue money manager. When Dell discovers Ian is a crook, he faces a crossroads. Rather than turn his back or go to the police, Dell robs Ian and flees to Indiana, the "crossroads" state. There he meets an old barmaid who takes him back to an unsolved mystery from his painful childhood. But when Ian uncovers Dell's scheme, he sends his demented brother to hunt him down. This is a novel exploring right and wrong, truth and lies, where secrets unfold from the first page to the last. As in real life, every character is a mystery, and every action is two-sided. "Everything in this world turns gray. Everything gets fuzzy, like an old television. Only thing you can keep clear is your own conscience."