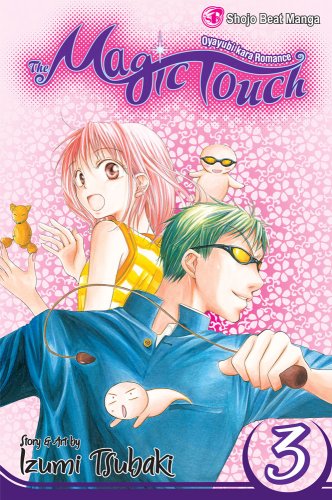 R to L (Japanese Style). The Underground Massage Tournament begins! The Massage Research Society Club is up against the Sazanka High School team, which includes Mihime--the guy who made Chiaki fall to her knees in the last volume using only his voice! Can Chiaki turn Mihime's strange power against him and lead her team to victory?

Izumi Tsubaki began drawing manga in her first year of high school. She was soon selected to be in the top 10 of Hana to Yume's HMC (Hana to Yume Mangaka Course), and subsequently won Hana to Yume's Big Challenge contest. Her debut title, Chijimete Distance (Shrink the Distance), ran in 2002 in Hana to Yume magazine, issue 17. In addition to The Magic Touch (originally published in Japan as Oyayubi kara Romance, or Romance from the Thumbs), she is also currently working on the manga series Oresama Teacher (I'm the Teacher).