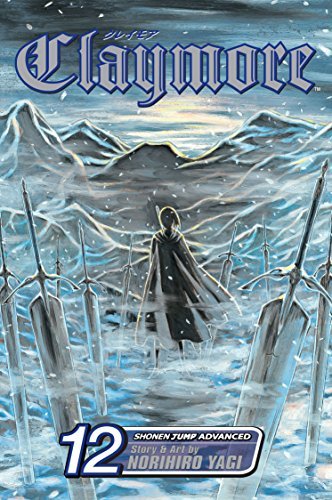 · Previewed and promoted in VIZ Media’s SHONEN JUMP magazine.
· Serialized in Monthly Jump Square in Japan (2001 to present/ongoing)
· An ongoing manga series in Japan – 13 volumes released to date with over 2 million copies sold in Japan.
· Named one of the Top 50 Manga Properties of 2006 by ICv2.
· Inspired an anime series in Japan, which debuted in April 2007.
· Anime has been a hit in Japan and has been licensed for the U.S. market by FUNimation (26 episodes).
· Creator’s debut work was Angel Densetsu (15 volumes in Japan)
· Received 1st place at 32nd Akatsuka Awards in 1990 for his work on Undeadman.

In a world where monsters called Yoma prey on humans and live among them in disguise, humanity’s only hope is a new breed of warrior known as Claymores.

Seven years have passed since the devastating battle in Pieta, and now a new generation of Claymores carries on the fight against the Awakened Ones. However, the mystery of Claire's fate, and of that of her comrades, resurfaces after a surprising discovery made by a young Claymore.