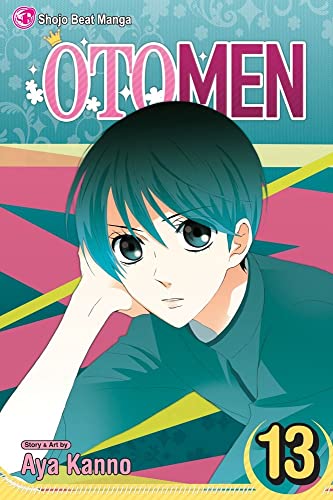 A shojo series that features handsome, manly men who have cute, girly hobbies!

Asuka Masamune is a guy who loves girly things--sewing, knitting, making cute stuffed animals and reading shojo comics. But in a world where boys are expected to act manly, Asuka must hide his beloved hobbies and play the part of a masculine jock instead. Can Asuka ever show his true self to anyone, much less to Ryo Miyakozuka, the girl that he's falling for?

Ryo ends up coaching a high school judo team, but women aren’t allowed at that school! She finds a way around this obstacle, but the real challenge comes when she finds herself facing off against...Asuka?!

Aya Kanno was born in Tokyo, Japan. She is the creator of Soul Rescue, which has been published in the United States, and her latest work, Otomen, is currently being serialized in Japan's BetsuHana magazine. Blank Slate was originally published as Akusaga in Japan, also in BetsuHana.

Book Description 2012. Paperback. Condition: New. Paperback. A shojo series that features handsome, manly men who have cute, girly hobbies!Reads R to L (Japanese Style), for audiences rated teen. Asuka Masamune is a guy who loves girly things--sewin.Shipping may be from multiple locations in the US or from the UK, depending on stock availability. 192 pages. 0.213. Seller Inventory # 9781421542652