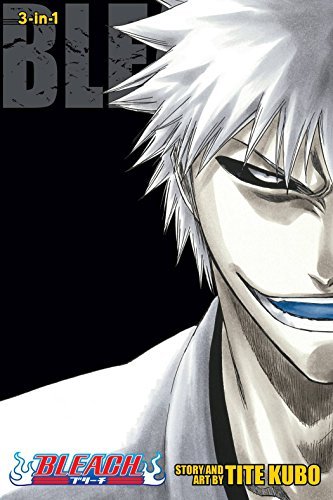 Ichigo Kurosaki never asked for the ability to see ghosts—he was born with the gift. When his family is attacked by a Hollow—a malevolent lost soul—Ichigo becomes a Soul Reaper, dedicating his life to protecting the innocent and helping the tortured spirits themselves find peace. Find out why Tite Kubo’s Bleach has become an international manga smash-hit!

Ichigo has been hoping to put off dealing with his inner Hollow until after the Arrancar are dealt with. But it becomes horribly clear that he has no chance against Aizen’s new army if he doesn’t get his Hollow in line. Luckily, he’s met a group of ex-Soul Reapers called the Visored, who have harnessed their own Hollows. But can Ichigo really trust his new teachers?!

Bleach is author Tite Kubo's second title. Kubo made his debut with ZOMBIEPOWDER., a four-volume series for Weekly Shonen Jump. To date, Bleach has been translated into numerous languages and has also inspired an animated TV series that began airing in Japan in 2004. Beginning its serialization in 2001, Bleach is still a mainstay in the pages of Weekly Shonen Jump. In 2005, Bleach was awarded the prestigious Shogakukan Manga Award in the shonen (boys) category.

Book Description Paperback. Condition: New. 3-in-1 Edition. Paperback. Ichigo Kurosaki never asked for the ability to see ghosts-he was born with the gift. When his family is attacked by a Hollow-a malevolent lost soul-Ichigo becomes a Soul Reaper, dedicating.Shipping may be from multiple locations in the US or from the UK, depending on stock availability. 583 pages. 0.350. Seller Inventory # 9781421564654