Items related to Unity of Good 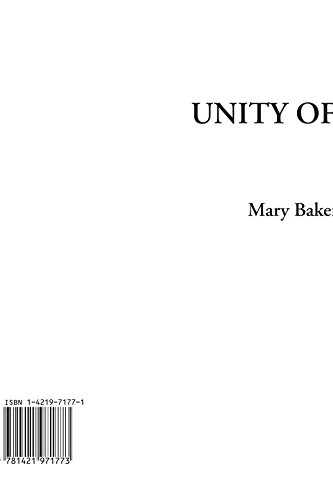 Perhaps no doctrine of Christian Science rouses so much natural doubt and questioning as this, that God knows no such thing as sin. Indeed, this may be set down as one of the "things hard to be understood," such as the apostle Peter declared were taught by his fellow-apostle Paul, "which they that are unlearned and unstable wrest ... unto their own destruction." (2 Peter iii. 16.) Let us then reason together on this important subject, whose statement in Christian Science may justly be characterized as wonderful.

Mary Baker Eddy (July 16, 1821 – December 3, 1910) was the founder of Christian Science, a new religious movement, in the United States in the latter half of the 19th century.