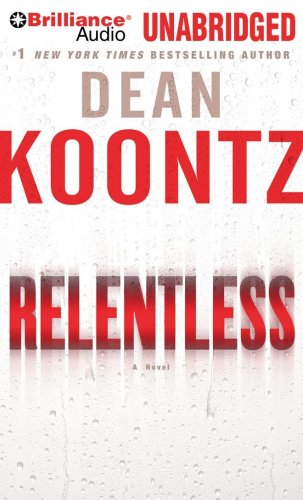 Bestselling novelist Cullen “Cubby” Greenwich is a lucky man and he knows it. He makes a handsome living doing what he enjoys. His wife, Penny, a children’s book author and illustrator, is the love of his life. Together they have a brilliant six-year-old, Milo, affectionately dubbed “Spooky,” and a non-collie named Lassie, who’s all but part of the family.

So Cubby knows he shouldn’t let one bad review of his otherwise triumphant new book get to him—even if it does appear in the nation’s premier newspaper and is penned by the much-feared, seldom-seen critic Shearman Waxx. Cubby knows that the best thing to do is ignore the gratuitously vicious, insulting, and inaccurate comments. Penny knows it; even little Milo knows it. If Lassie could talk, she’d tell Cubby to ignore them, too.

Ignore Shearman Waxx and his poison pen is just what Cubby intends to do. Until he happens to learn where the great man is taking his lunch. Cubby just wants to get a look at the mysterious recluse whose mere opinion can make or break a career—or a life.

But Shearman Waxx isn’t what Cubby expects, and neither is the escalating terror that follows what seemed to be an innocent encounter. For Waxx gives criticism; he doesn’t take it. He has ways of dealing with those who cross him that Cubby is only beginning to fathom. Soon Cubby finds himself in a desperate struggle with a relentless sociopath, facing an inexorable assault on far more than his life.

Fearless, funny, utterly compelling, Relentless is Dean Koontz at his riveting best, an unforgettable tale of the fragile bonds that hold together all that we most cherish—and of those who would tear those bonds asunder.

Dean Koontz, the author of many #1 New York Times bestsellers, lives in Southern California with his wife, Gerda, their golden retriever, Anna, and the enduring spirit of their golden, Trixie.

Chapter One
This is a thing I’ve learned: Even with a gun to my head, I am capable of being convulsed with laughter. I am not sure what this extreme capacity for mirth says about me. You’ll have to decide for yourself.

Beginning one night when I was six years old and for twenty-seven years thereafter, good luck was my constant companion. The guardian angel watching over me had done a superb job.

As a reward for his excellent stewardship of my life, perhaps my angel—let’s call him Ralph—was granted a sabbatical. Perhaps he was reassigned. Something sure happened to him for a while during my thirty-fourth year, when darkness found us.

In the days when Ralph was diligently on the job, I met and courted Penny Boom. I was twenty-four and she was twenty-three.

Women as beautiful as Penny previously looked through me. Oh, occasionally they looked at me, but as though I reminded them of something they had seen once in a book of exotic fungi, something they had never expected—or wished—to see in real life.

She was also too smart and too witty and too graceful to waste her time with a guy like me, so I can only assume that a supernatural power coerced her into marrying me. In my mind’s eye, I see Ralph kneeling beside Penny’s bed while she slept, whispering, “He’s the one for you, he’s the one for you, no matter how absurd that concept may seem at this moment, he really is the one for you.”

We were married more than three years when she gave birth to Milo, who is fortunate to have his mother’s blue eyes and black hair.

Our preferred name for our son was Alexander. Penny’s mother, Clotilda—who is named Nancy on her birth certificate—threatened that if we did not call him Milo, she would blow her brains out.

Penny’s father, Grimbald—whose parents named him Larry—insisted that he would not clean up after such a suicide, and neither Penny nor I had the stomach for the job. So Alexander became Milo.

I am told that the family’s surname really is Boom and that they come from a long line of Dutch merchants. When I ask what commodity his ancestors sold, Grimbald becomes solemn and evasive, and Clotilda pretends that she is deaf.

My name is Cullen Greenwich—pronounced gren-itch, like the town in Connecticut. Since I was a little boy, most people have called me Cubby.

When I first dated Penny, her mom tried calling me Hildebrand, but I would have none of it.

Hildebrand is from the Old German, and means “battle torch” or “battle sword.” Clotilda is fond of power names, except in the case of our son, when she was prepared to self-destruct if we didn’t give him a name that meant “beloved and gentle.”

Our friend and internist, Dr. Jubal Frost, who delivered Milo, swears that the boy never cried at birth, that he was born smiling. In fact, Jubal says our infant softly hummed a tune, on and off, in the delivery room.

Although I was present at the birth, I have no memory of Milo’s musical performance because I fainted. Penny does not remember it either, because, although conscious, she was distracted by the postpartum hemorrhaging that had caused me to pass out.

I do not doubt Jubal Frost’s story. Milo has always been full of surprises. For good reason, his nickname is Spooky.

Penny and I assumed he was acting out something he had seen on TV, but he was a preschooler on a mission. He climbed onto a kitchen chair, plucked the car keys from the Peg–Board, and hurried out to the garage as if to set off in search of an endangered canine.

We took the keys away from him, but for more than an hour, he followed us around chanting, “We’re gonna rescue a doggy,” until to save our sanity, we decided to drive him to a pet shop and redirect his canine enthusiasm toward a gerbil or a turtle, or both.

En route, he said, “We’re almost to the doggy.” Half a block later, he pointed to a sign—animal shelter. We assumed wrongly that it was the silhouette of a German shepherd that caught his attention, not the words on the sign. “In there, Daddy.”

Scores of forlorn dogs occupied cages, but Milo walked directly to the middle of the center row in the kennel and said, “This one.”

She was a fifty-pound two-year-old Australian shepherd mix with a shaggy black-and-white coat, one eye blue and the other gray. She had no collie in her, but Milo named her Lassie.

Penny and I loved her the moment we saw her. Somewhere a gerbil and a turtle would remain in need of a home.

In the next three years, we never heard a single bark from the dog. We wondered whether our Lassie, following the example of the original, would at last bark if Milo fell down an abandoned well or became trapped in a burning barn, or whether she would instead try to alert us to our boy’s circumstances by employing urgent pantomime.

Until Milo was six and Lassie was five, our lives were not only free of calamity but also without much inconvenience. Our fortunes changed with the publication of my sixth novel, One O’Clock Jump.

My first five had been bestsellers. Way to go, Angel Ralph.

Penny Boom, of course, is the Penny Boom, the acclaimed writer and illustrator of children’s books. They are brilliant, funny books.

The name on her birth certificate is Brunhild, which means someone who is armored for the fight. By the time she was five, she insisted on being called Penny.

At the start of World War Waxx, as we came to call it, Penny and Milo and Lassie and I lived in a fine stone-and-stucco house, under the benediction of graceful phoenix palms, in Southern California. We didn’t have an ocean view, but didn’t need one, for we were focused on one another and on our books.

Because we’d seen our share of Batman movies, we knew that Evil with a capital E stalked the world, but we never expected that it would suddenly, intently turn its attention to our happy household or that this evil would be drawn to us by a book I had written.

Having done a twenty-city tour for each of my previous novels, I persuaded my publisher to spare me that ordeal for One O’Clock Jump.

Consequently, on publication day, a Tuesday in early November, I got up at three o’clock in the morning to brew a pot of coffee and to repair to my first-floor study. Unshaven, in pajamas, I undertook a series of thirty radio interviews, conducted by telephone, between 4:00 and 9:30 a.m., which began with morning shows on the East Coast.

Radio hosts, both talk-jocks and traditional tune-spinners, do better interviews than TV types. Rare is the TV interviewer who has read your book, but eight of ten radio hosts will have read it.

Radio folks are brighter and funnier, too—and often quite humble. I don’t know why this last should be true, except perhaps the greater fame of facial recognition, which comes with regular television exposure, encourages pridefulness that ripens into arrogance.

After five hours on radio, I felt as though I might vomit if I heard myself say again the words One O’Clock Jump. I could see the day coming when, if I was required to do much publicity for a new book, I would write it but not allow its publication until I died.

If you have never been in the public eye, flogging your work like a carnival barker pitching a freak show to the crowd, this publish-only-after-death pledge may seem extreme. But protracted self-promotion drains something essential from the soul, and after one of these sessions, you need weeks to recover and to decide that one day it might be all right to like yourself again.

The danger in writing but not publishing was that my agent, Hudson “Hud” Jacklight, receiving no commissions, would wait only until three unpublished works had been completed before having me killed to free up the manuscripts for marketing.

And if I knew Hud as well as I thought I did, he would not arrange for a clean shot to the back of the head. He would want me to be tortured and dismembered in such a flamboyant fashion that he could make a rich deal for one of his true-crime clients to write a book about my murder.

If no publisher would pay a suitably immense advance for a book about an unsolved killing, Hud would have someone framed for it. Most likely Penny, Milo, and Lassie.

Anyway, after the thirtieth interview, I rose from my office chair and, reeling in self-disgust, made my way to the kitchen. My intention was to eat such an unhealthy breakfast that my guilt over the cholesterol content would distract me from the embarrassment of all the self-promotion.

Dependable Penny had delayed her breakfast so she could eat with me and hear all of the incredibly witty things I wished I had said in those thirty interviews. In contrast to my tousled hair, unshaven face, and badly rumpled pajamas, she wore a crisp white blouse and lemon-yellow slacks, and as usual her skin glowed as though it were translucent and she were lit from inside.

As I entered the room, she was serving blueberry pancakes, and I said, “You look scrumptious. I could pour maple syrup on you and eat you alive.”

“Cannibalism,” Milo warned me, “is a crime.”

“It’s not a worldwide crime,” I told him. “Some places it’s a culinary preference.”

Between his fifth and sixth b...