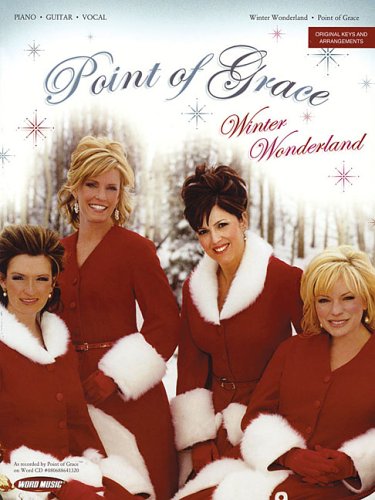 (Piano/Vocal/Guitar Artist Songbook). All 10 songs from the 2005 holiday album by this female contemporary gospel group. Includes: All Is Well * Breath of Heaven (Mary's Song) * In the First Light * Let There Be Light * Little Town * and more.

Point Of Grace, the multiple Dove Award-winning, Gold and Platinum-selling vocal group, has been sharing their faith through song for more thanten years.

The popular group has twenty-one consecutive #1 hit singles and multiple Grammy nominations to its credit. Called the "hottest" group in Christian music by the "New York Times Magazine", Point of Grace has influenced multiple thousands of teen girls through concert and tour performances.