Items related to Nomaris: The Edge of Remembering

Nomaris: The Edge of Remembering 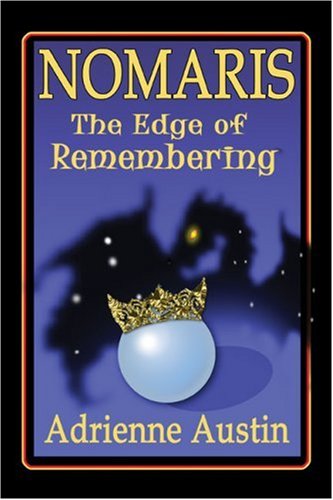 The Dragon Elder Cynthargis has declared herself the first Queen of Nomaris, an act ignored by everyone except those directly involved with the wayward youngster; the Guardian who cares for the Youngest Elder,despite her being a hundred years old, the very human Brian, who wound up on Nomaris accidentally and his wife Martha, who was turned into a spilgatz to ensure her husband's cooperation long enough to fertilize the Royal Egg. To reach this point, Cynthargis has had to become a very naughty dragon indeed, an attitude caused by the accidental discovery of an ancient and malevolent artifact. She trapped the Eldest Elder, Phailok, in his own pyramid, killed one of her sisters and caused a series of events to unfold that left another sister and mutual friend stranded on Earth posing as a human infant and... a cat.
Aside from that, everything is Perfect.
This is a story that challenges the usual dragon and other world paradigms; once you visit Nomaris, you will want to stay forever.

I will be releasing the revised edition of this novel shortly, and will also be making it available through Kindle and other digital eBook platforms. The second Nomaris story, a fast-paced humorous adventure romance will be released in March 2019, "Nomaris: In the Beginning".Book 3 is already in the works!Both books will be available as paperbacks here on Amazon as well as in digital formats.

The blue-haired old lady who broadcasts live twice a week on iVlog.tv with a third live show coming soon on Twitch. When she isn't writing, she is usually painting, playing music, reading, broadcasting, eating or pacing.

1. Nomaris: The Edge of Remembering