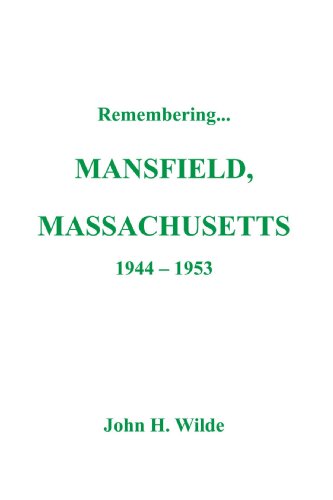 Life in a small Massachusetts town as seen through the eyes of an observant teenager. Comprehensive - Insightful - Witty - Fast paced - Thought provoking - Entertaining. There's nothing else like it.

John H. Wilde grew up in Mansfield, Massachusetts. After a stint in the Army during the Korean Conflict, he attended the University of Michigan, from which he graduated with honors. For five years he represented the United States as a Foreign Service Office in Perth, Australia and Hong Kong. After leaving the Foreign Service he became a librarian, working first in Manitoba, then in South Carolina. Since retiring, he has become active in the South Carolina Democratic Party, serving as a State Executive Committeeman and State Party Secretary. His hobbies are reading and writing letters to editors.