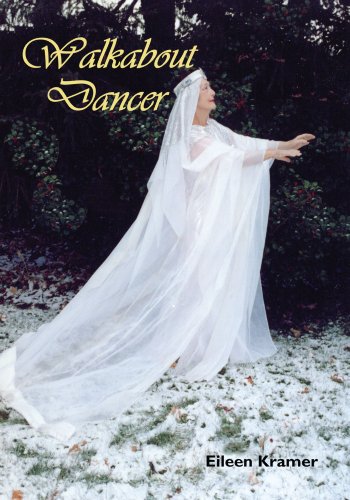 Eileen Kramer's journey of self-realization as a creative artist from the magical world of the bush land of Australia to the intellectual and intuitive world of modern dance.

Eileen was born in a suburb of Sydney called Mosman's Bay. With her family, she spent long summers in the Australian bush, or cruising along the coast of New South Wales and Queensland in the Astoria, her fathers boat. In school, Eileen was dreamy and not satisfied with her classes. She left early and later enrolled in the Conservatorium of Music. There she took piano, theory of music and singing, hoping to become an opera singer. Upon seeing a performance of the Bodenwieser Modern Dance Company, from Vienna, she immediately began to study dance in the newly formed Bodenwieser School and three years later was given her first role in the professional company. In her close relationship with Madame Bodenwieser and the Viennese dancers who had come from the most intellectually exciting city in Central Europe the Australian students learned much more than dancing. The arts were subjects that entered into their daily conversations. After ten years of touring with Bodenwieser, the walkabout fever overcame Eileen. Following a long tour of India, she returned to that vast sub-continent alone and stayed for three years, then went on to London and Paris where she spent four years, before coming to the United States. While visiting in West Virginia, Eileen met some contemporary dancers who welcomed her into their performing group. With the support of Trillium Performing Arts Collective, these dancers and choreographers, create new original works each year. Eileen among them still creates dances in the expressive style of Bodenwieser.