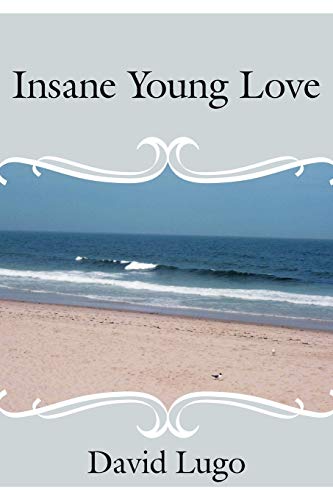 David Lugo is a new and upcoming author. Insane Young Love is the first of many books to come from David. At age 19 he hopes to make an impact on the minds of all his readers. There is no specific genre of book that he will write, David looks at himself as a freestyle writer and wishes to touch base on many phases of different things. He was born on January 13th, 1987 in North Bergen, New Jersey. At age 4 he and his family moved down to the Jersey shore to be closer to more of his immediate family. There he grew up and gathered together the majority of his ideas. Many of the stories you will read from him will consist of different characters or incidences that originated from his hometown of Toms River. The wide variety of stories he has to share hopefully will touch base with others around the world and allow them to relate to what they are reading. David would like to send out his great appreciation to all his friends and family who have stood by his side and supported him throughout his journey to becoming a published author. He also would like to give a great deal of thanks to you the reader. The fans are everything to him and his one hope is to somehow touch a part of your life and let you know that there are others who think and feel the way you do. We hope that you enjoyed the book and keep an eye out for his next novel, Alabama Boy.

Book Description AuthorHouse 2007-01, 2007. Condition: New. This item is printed on demand. Brand new book, sourced directly from publisher. Dispatch time is 4-5 working days from our warehouse. Book will be sent in robust, secure packaging to ensure it reaches you securely. Seller Inventory # NU-LSI-07008411