Items related to The Circular Staircase 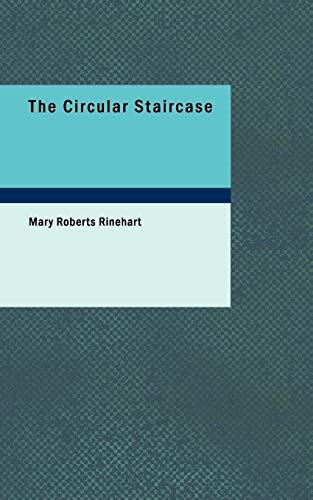 Short introduction: This is the story of how a middle-aged spinster lost her mind, deserted her domestic gods in the city, took a furnished house for the summer out of town, and found herself involved in one of those mysterious crimes that keep our newspapers and detective agencies happy and prosperous.

Often referred to as the American Agatha Christie, Mary Roberts Rinehart was an American journalist and writer who is best known for the murder mystery The Circular Staircase considered to have started the Had-I-but-known school of mystery writing and the popular Tish mystery series. A prolific writer, Rinehart was originally educated as a nurse, but turned to writing as a source of income after the 1903 stock market crash. Although primarily a fiction writer, Rinehart served as the Saturday Evening Post s correspondent for from the Belgian front during the First World War, and later published a series of travelogues and an autobiography. Roberts died in New York City in 1958.

A Gothic mystery unfolds when a spinster arrives at the mansion she's rented for the summer. Plans for a restful vacation are soon interrupted by niece and nephew, ghosts and spirits, murder and mayhem. The complicated plots can make them tough to follow in audio format. The fairly simple story line here is a plus. The mystery is enjoyable for its historical setting, and it doesn't come across as dated. Reading with obvious pleasure, the narrator adds dramatic effect. One can hear the affection in the voices of the elderly mistress and housekeeper, who have an ongoing feud although they're inseparable. Those with a taste for a mystery that's tame but fun will enjoy this recording. B.M.W. (c)AudioFile, Portland, Maine