Items related to The Sound of Dreams Remembered: Poems 1990-2000 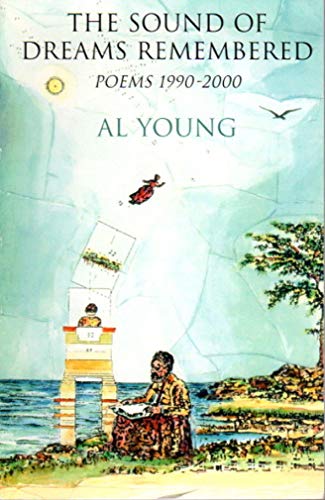 Poetry. African American Studies. Available again. California Poet Laureate, Al Young is also a novelist and essayist. He is the recipient of NEA, Guggenheim and Fulbright Fellowships, as well as the PEN/Library of Congress Award for Short Fiction and the PEN/USA Award for Non-Fiction. "Al Young's THE SOUND OF DREAMS invites readers to travel the depth and breadth of his bountiful imagination. There is a deep singing inside of Al Young's poetry, with a hint of Ocean Springs beneath a distilled signifying in the hands of a master code switcher. This seasoned voice knows the music and folklore, the history and lingo, and each poem, with an almost sacred sincerity, take us multiple dimensions in a single breath" --- Yusef KomunyakaA.

About the Author:
Born May 31, 1939 at Ocean Springs, Mississippi on the Gulf Coast near Biloxi, Al Young grew up in the rural South of villages and small towns, and in urban, industrial Detroit. From 1957-1960 he attended the University of Michigan, where he co-edited Generation, the campus literary magazine. In 1961 he emigrated to the San Francisco Bay Area. Settling at first in Berkeley, he held a variety of colorful jobs (folksinger, lab aide, disk jockey, medical photographer, clerk typist, employment counselor) before graduating with honors from U.C. Berkeley with a degree in Spanish. His marriage in 1963 to technical writer and editor Arline Young produced one child: their son Michael, born in 1971. From 1969-1976 he was Edward B. Jones Lecturer in Creative Writing at Stanford near Palo Alto, where he lived and worked for three decades. In the year 2000 he returned to Berkeley, where he continues to freelance.
From Publishers Weekly:
Mellow echoes of Langston Hughes's "Dream Deferred" rumble in the title of Young's latest collection, but the 140-odd short poems here have at least as much to do with Charles Bukowski's pointed ramblings, as they are long on mystique and sentiment. A readable and topical history of the decade in op-eds and sermons, this book could nevertheless use weeding; Young (Conjugal Visits) goes for the easy laugh and knowing nod a few times too often. At their best, though, these meditations on love, travel, politics and misbehavior transcend their plays on familiar phrases: "Human conditioning feels nothing like air/ conditioning" with shockingly specific language "`Those were the nastiest stewardesses/ I've ever seen'? `How nasty were they?'/ `Take my word, they was nasty. They had/ strings of spit hangin from they mouth,/ they had make-up all graped up in they eyes./ O they was nasty!'" Casual blank verse gives way to fluid, rhyming iambic pentameter in poems like "The Old Country": "What is it we want,/ or need to haul or lug like Motorolas/ of the blood? Beep! The mileage we squander/ on these jumps from mayonnaise Minnesotas/ to curry Calcuttas, from Tokyos you could wander." Readers will have to search for such standouts, but they sing out like Motorolas of the blood. (May) Forecast: Young, whose oeuvre includes hard-to-find novels and memoirs, was the judge of this year's Cave Canem poetry prize. This collection should set the stage for a larger-budget selection of his work. And the loyal fans of his San Francisco base will certainly pick it up in local stores.