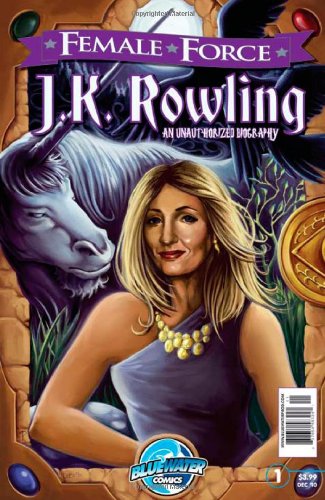 Millions of readers worldwide have been captivated by the best selling Harry Potter series, but what is even more incredible is the woman who created him and his fantastic world. From telling stories as a child, to being forced to go on welfare, and finally becoming one of the world's most famous writers, the story of Joanne Rowling is almost as magical as the world she created.

Well, lets see, where does one start? I've been writing comics professionally for not too long. Currently, I work for Bluewater Productions under Darren Davis (no not that way...his BF is way hotter than I am anyway.) Some of the books I have worked on include Sinbad and the Merchant of Ages due out in January 2008, Tenth Muse 800 and a new thriller series called Styx & Stone. I also have other various projects in the works that I am looking to collaborate with various artists and writers with.

This is a recommended read if you love the Potter books or just want to know more about JK Rowling - IJUSTFINISHED.com