Beginning Google Maps Applications with PHP and Ajax: From Novice to Professional 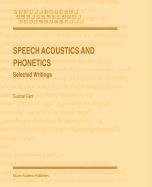 The Google Maps API remains one of the showcase examples of the Web 2.0 development paradigm. In fact, interest in the Google service is so strong that it arguably sparked the mashup phenomenon. This is the first book to comprehensively introduce the service from a developer perspective, showing readers how they can integrate mapping features into their Web applications. Proceeding far beyond creating a simplistic map display, readers are shown how to draw upon a variety of data sources such as geocode.us and the U.S. Census Bureau’s TIGER/Line data to build comprehensive geocoding services for mapping any location in North America.

Jeffrey Sambells?is a graphic designer and self-taught web applications developer best known for his unique ability to merge the visual world of graphics with the mental realm of code. With a bachelor of technology degree in graphic communications management along with a minor in multimedia, Jeffrey was originally trained for the traditional paper-and-ink printing industry, but he soon realized the world of pixels and code was where his ideas would prosper. In late 1999, he cofounded We-Create, Inc., an Internet software company based in Waterloo, Ontario, which began many long nights of challenging and creative innovation. Currently, as director of research and development for We-Create, Jeffrey is responsible for investigating new and emerging Internet technologies and integrating them using web standards-compliant methods. In late 2005, he also became a Zend Certified Engineer. When not playing at the office, Jeffrey enjoys a variety of hobbies from photography to woodworking. When the opportunity arises, he also enjoys floating in a canoe on the lakes of Algonquin Provincial Park or going on an adventurous, map-free, drive with his wife. Jeffrey also maintains a personal website at JeffreySambells.com, where he shares thoughts, ideas, and opinions about web technologies, photography, design, and more. He lives in Ontario, Canada, eh, with his wife, Stephanie, his daughter, Addison, and their little dog, Milo.