Slavery, Civil War, and a Nation's Shame: Plight of an American Slave 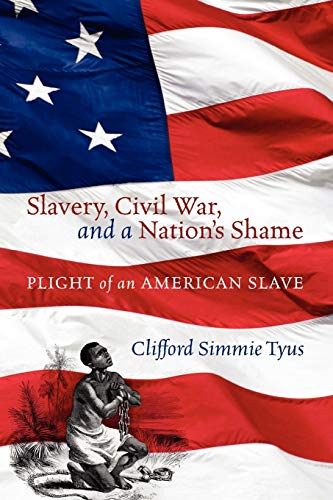 Throughout the history of the world nations having the audacity to defy the commandments of God have eventually been destroyed or ruined beyond repair. Sodom, Gomorrah, Canaan, the Roman Empire were examples of God's awesome power in the past. More recently, the racist government of South Africa that brought shame to the nation and to the world through their ungodly adaption of apartheid was eventually dethroned by the will of God. The empires of wicked rulers and dictators continue to tumble as the Word of God makes its way into the wilderness and corners of the world.

This story tells of the shame of one nation that was allegedly founded on the principals of godly and Christian faith, but whose people had no respect for human dignity. This story also involves the plight of an American slave who became a proud Maroon, and being a Christian he braved his way to freedom and prominence in the American society. Not like other stories of slavery and the struggles of black people who had no hope, but one that tells the truth of many who did have hope and found strength through their undying faith in God. In the African tongue, it would be said this story involves Ije'uwa (a life journey.

1. Slavery, Civil War, and a Nation's Shame: Plight of an American Slave

2. Slavery, Civil War, and a Nation's Shame: Plight of an American Slave

3. Slavery, Civil War, and a Nation's Shame: Plight of an American Slave