Items related to The Radium Girls: The Dark Story of America's Shining... 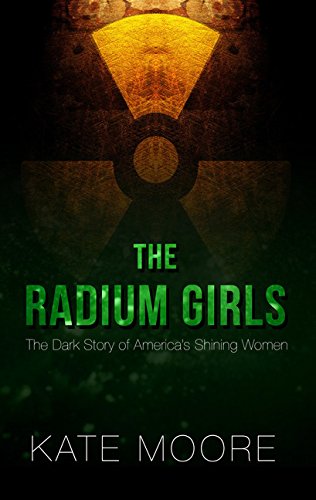 A full-length account of the struggles of hundreds of women who were exposed to dangerous levels of radium while working factory jobs during World War I describes how they were mislead by their employers and became embroiled in a groundbreaking battle for workers' rights. (general history). Simultaneous.

Kate Moore is a Sunday Times bestselling writer with more than a decade's experience in writing across varying genres, including memoir and biography and history. She was the director of the critically acclaimed play about The Radium Girls called 'These Shining Lives'.

"Radium Girls spares us nothing of their suffering; though at times the foreshadowing reads more like a true-crime story, Moore is intent on making the reader viscerally understand the pain in which these young women were living, and through which they had to fight in order to get their problems recognized...The story of real women at the mercy of businesses who see them only as a potential risk to the bottom line is haunting precisely because of how little has changed; the glowing ghosts of the radium girls haunt us still." - NPR Books

"A perfect blend of the historical, the scientific, and the personal, this richly detailed book sheds a whole new light on this unique element and the role it played in changing workers' rights. The Radium Girls makes it impossible for you to ignore these women's incredible stories, and proves why, now more than ever, we can't afford to ignore science, either." - Bustle

"This timely book celebrates the strength of a group of women, whose determination to fight improved both labor laws and scientific knowledge of radium poisoning. Written in a highly readable, narrative style, Moore's chronicle of these inspirational women's lives is sure to provoke discussion-and outrage-in book groups." - Booklist-STARRED review

"Moore's well-researched narrative is written with clarity and a sympathetic voice that brings these figures and their struggles to life...a must-read for anyone interested in American and women's history, as well as topics of law, health, and industrial safety." - STARRED Library Journal

"Carefully researched, the work will stun readers with its descriptions of the glittering artisans who, oblivious to health dangers, twirled camel-hair brushes to fine points using their mouths, a technique called lip-pointing...Moore details what was a 'ground-breaking, law-changing, and life-saving accomplishment' for worker's rights." - Publishers Weekly

"Like Da a Sobel's The Glass Universe and Margot Lee Shetterly's Hidden Figures, Kate Moore's The Radium Girls tells the story of a cohort of women who made history by entering the workforce at the dawn of a new scientific era.  But the young women--many of them just teenagers--who learned the skill of painting glow-in-the-dark numbers on clock faces and aeronautical gauges early in the twentieth century paid a stiff price for their part in this breakthrough involving the deadly element, radium.  Moore sheds new light on a dark chapter in American labor history; the "Radium Girls," martyrs to an unholy alliance of commerce and science, live again in her telling" - Megan Marshall, Pulitzer Prize-winning author of Margaret Fuller: A New American Life and Elizabeth Bishop: A Miracle for Breakfast

"Kate Moore vividly depicts the female factory workers whose courage led to a revolution in industrial safety standards. In describing their heart wrenching struggles and bittersweet triumphs, Moore delivers an intimate portrait of these pioneers. Uplifting and beautifully written, The Radium Girls is a tribute to the strength of women everywhere." - Nathalia Holt, New York Times bestselling author of Rise of the Rocket Girls: The Women Who Propelled Us From Missiles to the Moon to Mars

"Kate Moore's gripping narrative about the betrayal of the radium girls-gracefully told and exhaustively researched-makes this a nonfiction classic. I particularly admire Moore's compassion for her subjects and her story-telling prowess, which brings alive a shameful era in America's industrial history." - Rinker Buck, author of The Oregon Trail: A New American Journey and Flight of Passage

"...[A] fascinating social history – one that significantly reflects on the class and gender of those involved – [is] Catherine Cookson meets Mad Men...The importance of the brave and blighted dial-painters cannot be overstated." - Sunday Times

"Kate Moore . . . writes with a sense of drama that carries one through the serpentine twists and turns of this tragic but ultimately uplifting story. She sees the trees for the wood: always at the center of her narrative are the individual dial painters, so the list of their names at the start of the book becomes a register of familiar, endearing ghosts." - Spectator

3. The Radium Girls: The Dark Story of America's Shining Women