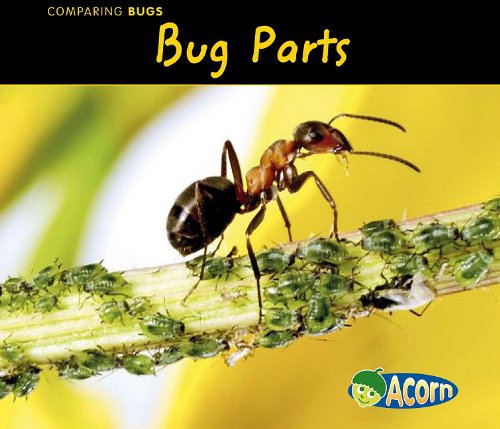 Books in this series introduce readers to the exciting world of insects and arachnids. Each title uses simple text and vibrant photographs to introduce one important bug feature or behavior. In “Bug Parts,” children learn about the body parts that bugs have, how they are different, and how they are used.

Charlotte Guillain has written nearly 100 books, both fiction and non-fiction. Some of her best-selling titles for Raintree include the 'Space' and 'Growing Up' series. Among her forthcoming titles are Pandarella and Goldiclucks and the Three Bears in the 'Animal Fairy Tails' series, and 'The Frilly Goats Fluff' which will be published by Franklin Watts in June 2012. Before writing children's books, Charlotte worked as a bookseller, a teacher of English as a Foreign Language, and an editor.

This series introduces young readers to the similarities and differences of bugs using large color photographs to enhance the text. Pre and post reading activities are suggested for parents and/or teachers to use with children. The visual appeal and r --Library Media Connection